Every two years ocean leaders, filmmakers, photographers, scientists, explorers, entertainment executives - and the general public-- gather in Monterey at BLUE to honor the best in ocean filmmaking, to learn more about the issues facing our oceans, and to collaborate on improving the future of our oceans and humanity. The seven-day event is charged with energy as these diverse groups of people share knowledge and ideas with each other and with the general public.

BLUE Ocean Film Festival (BLUE) has selected St. Petersburg, Florida, as the location for the next biennial festival to be held November 3 to 9, 2014.  The announcement was made on the same day that BLUE announced a strategic partnership with the Prince Albert II of Monaco Foundation and the Oceanographic Museum of Monaco, to host a BLUE Ocean Film Festival event every other year in Monaco, beginning in 2015. 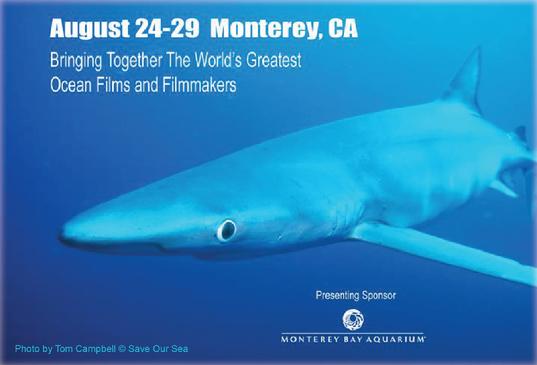