Founded in 1993, The Chicago Underground Film Festival (CUFF) is a year-round organization dedicated to the work of film and video makers with defiantly independent visions. Unlike many other "independent" film events our goal is not to imitate old guard, market-driven events such as Sundance but Instead to focus on the artistc, aesthetic and fun side of independent filmmaking. CUFF promotes works that dissent radically in form, content and technique from both the tired conventions of Hollywood and the increasingly stagnant IndieWood mainstream. 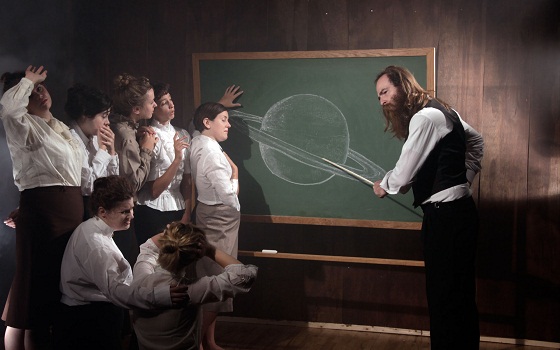 Jerzy Rose’s Some Girls Never Learn emerged the big winner of the 2011 Chicago Underground Film Festival picking up Audience Award in addition to the Made in Chicago Award. The film synopsis, ” A university has found the leg bone of Amelia Earhart. The diver responsible for the discovery is receiving mysterious messages from the famous dead pilot.  A high school science teacher travels to the underworld to bring back his girlfriend. Animals are arranging […]

The 18th Chicago Underground Film Festival (CUFF) will open with the World Premiere of Chicago filmmaker, and School of the Art Institute of Chicago alum, Jerzy Rose’s first feature, “Some Girls Never Learn,” a humorous, absurd romp through time and space, the underworld and the stratosphere. Closing Night will bring Jeff Krulik and John Heyn back to Chicago to share the cult favorite “Heavy Metal Parking Lot” as an opener for their brand new feature […]