Believing that the short film is a unique and valuable art form, the Dam Short Film Society aims to seek out original, unusual, and entertaining short films from around the world and make them available to the general public via the annual Dam Short Film Festival. The festival, founded by Lee and Anita Lanier in 2005, takes place each February in historic Boulder City, Nevada, home of the Hoover Dam. Each year the festival screens 120+ films over three to four days in the beautiful and historic 400-seat Boulder Theatre. The Dam Short Film Festival prides itself on being a festival for filmmakers and about filmmakers. 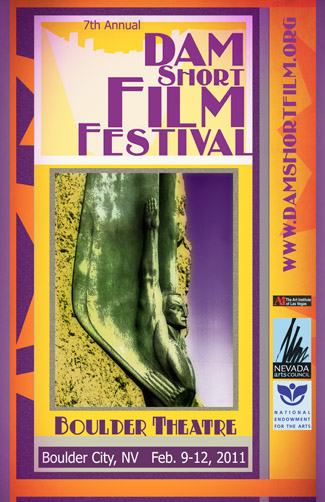