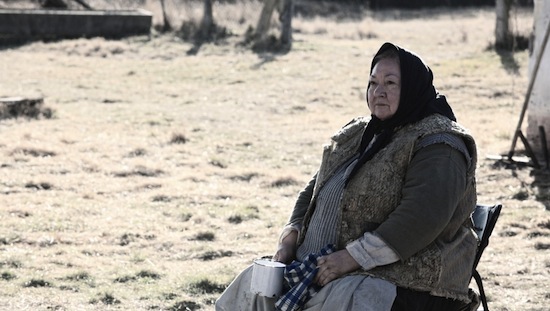 THE NOTEBOOK (LE GRAND CAHIER / A NAGY FÜZET ) directed by János Szász won the GRAND PRIX – CRYSTAL GLOBE at the 48th Karlovy Vary International Film Festival which took place from June 28th to July 6th in Czech Republic. THE NOTEBOOK is described as a fascinating and hard-hitting adaptation of the controversial first novel by Hungarian writer Agota Kristof about 13-year-old twins forced to spend the last years of the Second World War with their cruel grandmother somewhere near the Hungarian border. A FIELD IN ENGLAND directed by Ben Wheatley was awarded the SPECIAL JURY PRIZE. In the film, which takes place in England during the Civil War, a group of men flee from a raging battle but they are captured and forced to take part in a hunt for treasure supposedly buried somewhere in a field. But before they start digging, they gobble up some strange-looking mushrooms and then everything goes ‘crazy.’