The Miami Jewish Film Festival (MJFF) was established in 1996 and has grown into a core cultural program for South Florida’s vibrant arts landscape. In 2013, with the hiring of new Executive Director Igor Shteyrenberg, Miami Jewish Film Festival entered an era of expansion and commitment to artistic quality, growing into one of the largest festivals of its kind and being named for two consecutive years as one of the 50 best film festivals in the world by MovieMaker Magazine.
MJFF's programming voice, unique among Jewish film festivals, has gained recognition for its numerous discoveries and prize winners. Annual attendance and media impressions have grown exponentially with the Festival's original audience increasing from 4,000 in 2013 to 55,000 in 2021. Official Festival venues also expanded to the historic North Beach Bandshell, Regal South Beach Cinemas, Coral Gables Art Cinema, O Cinema, Miami Beach SoundScape, Aventura Arts & Cultural Center, and Miami Theater Center, among others.

The Miami Jewish Film Festival has been named "One of the Best Jewish Film Festival's in the US" by The Forward, "Best of Miami" by Miami's Community Newspapers, "The City's Cultural Gem" by Culture Crusaders, and "One of South Florida's Best Film Festivals" by The Miami New Times and Sun-Sentinel. MJFF is the largest and most respected Jewish film festival in the world, the fastest-growing film festival in the state of Florida, and one of the largest Jewish cultural events in the Southeast United States. In the last ten years, the Festival has screened films from more than 35 countries, including 1,000 World, International, North American, US, and East Coast Premieres. Miami Jewish Film Festival’s special focus on discovering new talent and recognizing established filmmakers has made it a natural gateway and launching pad for the best in Jewish and Israeli cinema from around the world. 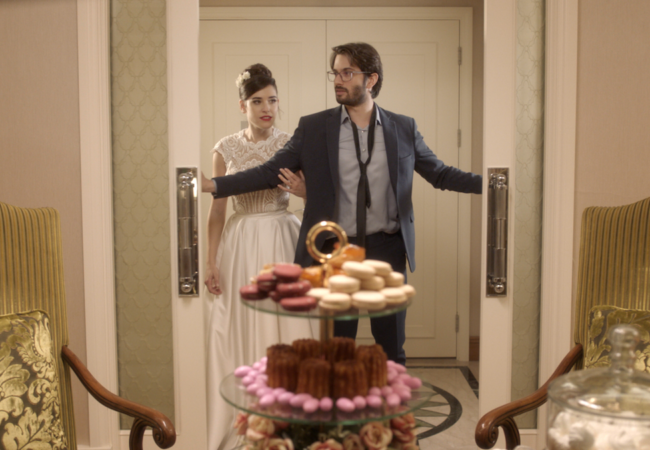