Presented by Film at Lincoln Center along with Mountainfilm in Telluride, Mountainfilm was a weekend of documentaries about adventure, environment, and culture. But mainly adventure. From wrangling buffalo in the American West to bull-riding in a very different kind of rodeo; from fly-fishing in France 60 years after the Liberation to liberating another, much smaller creature in Europe; from a nail-biting rescue story in the Grand Tetons to the history of climbing in Yosemite Valley, Mountainfilm 2014 promises to educate, inspire, and motivate audiences with adventures worth pursuing.

Established in 1979 by rock climbers who would play in the mountains during THE DAY and watch documentaries about their celebrated sport at night, Mountainfilm in Telluride has evolved into a traveling forum for documentaries of all stripes: dazzling adventure and compelling environmental films and a wide range of others that examine current cultural and political issues, as well as individuals who inspire us. 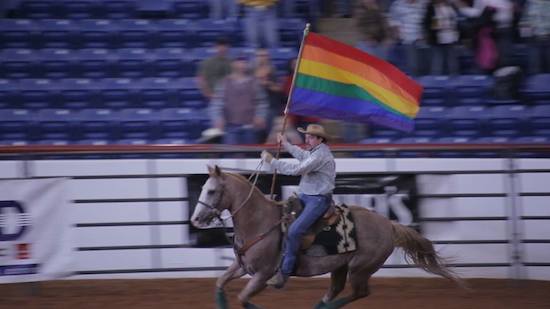 Queens & Cowboys: A Straight Year on the Gay Rodeo

For its fifth year, Mountainfilm returns to New York City, November 21 to 23, for a weekend of documentaries about adventure, environment, and culture. But mainly adventure. The Opening Night film will be Matt Livadary’s Queens & Cowboys: A Straight Year on the Gay Rodeo, which covers a year in the lives of extraordinary cowboys and cowgirls as they follow their dreams, no matter how wild or daunting. And the series will close with Valley Uprising, narrated by Peter Sarsgaard. The highly anticipated doc about the epic history of climbing in Yosemite National Park and the countercultural roots of outdoor sports features digitally animated archival photography, spectacular climbing footage, and interviews with Yosemite greats—from pioneers like Yvon Chouinard, Royal Robbins, Lynn Hill, and John Long to cutting-edge modern athletes like Dean Potter and Alex Honnold.