The North Shore Surf Film Festival strives to support and bring awareness to various non-profits that are part of the local community. It is through the love and appreciation of films, filmmakers and the waves of the world that gives us the mana to do so.

The festival seeks to entertain a variety of individuals, locals and visitors alike, with powerful films that embrace the community of surfing. 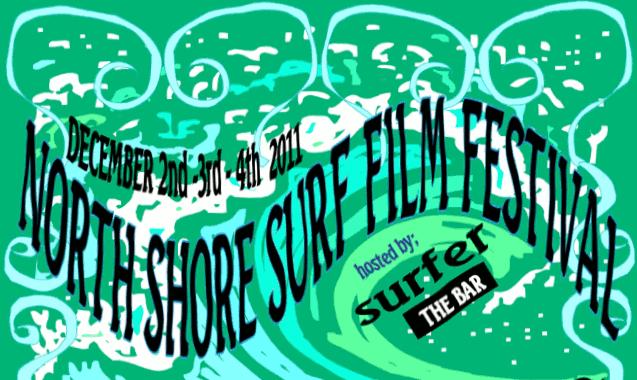 The 2011 North Shore Surf Film Festival taking place on December 2nd, 3rd and 4th on the North Shore of Oahu, Hawaii, will feature this year’s top surf films which will include Hawaii premiers and short films, local musicians, and exciting opportunity drawings of surfboards and great gifts.

Films being featured this year are: Blue Sway by Jack McCoy, Year Zero by Globe, Sion Milosky Tribute by Volcom, Minds In The Water by Jason Krumb, Get N Classic by Graham Nash, 36 Hours In The City by Billabong, Imaginarium by Reef, Body Glove, Billabong and Rusty, Blow Up by Victor Pakpour, Surprise Excitement Party by Chris Cote & TransWorld Surf, Beer Can Surfboard by Rich Morrison, The Board Meeting by Maggie Franks, Hello, I’m Andy Irons as part of the upcoming Sunny Garcia documentary by Michael Oblowitz, Bonzer The Mothership 11.0 by Duncan and Malcolm Campbell, Behind The Lens Dan Merkel by Doug Walker, Lost & Found by Doug Walker Sanded by Tim Ryan, Float by Rip Curl, Walls Of Perception by Oxbow, Eddie by Claire Gorman, Chasing the Swell by Sachi Cunningham and Leave A Message by Jason Kentworthy and Aaron Leiber.  {jathumbnail off}