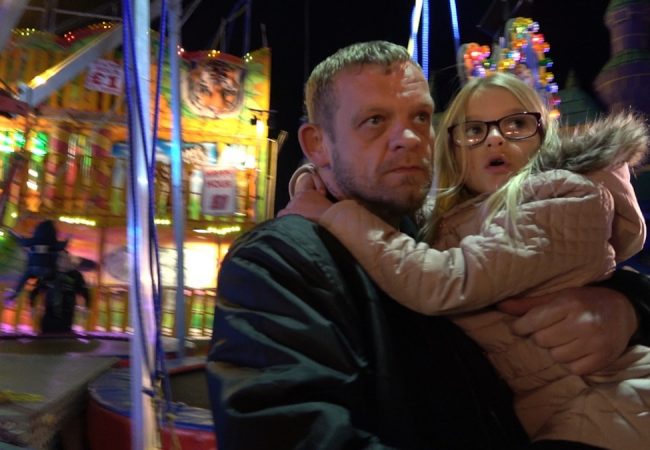 The 25th anniversary edition of Sheffield Doc/Fest taking place from June 7 to 12, 2018, will open with the World Premiere of A Northern Soul by Yorkshire-born director Sean McAllister 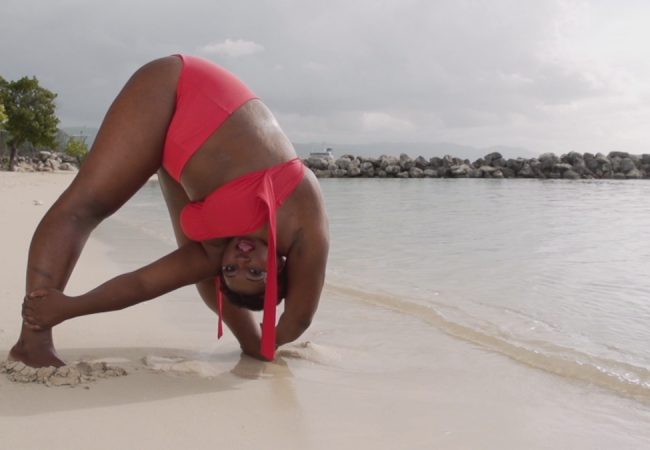 This year’s Sheffield Doc/Fest will feature energetic portraits of dance, music and contemporary culture in the Doc/Rhythm film strand 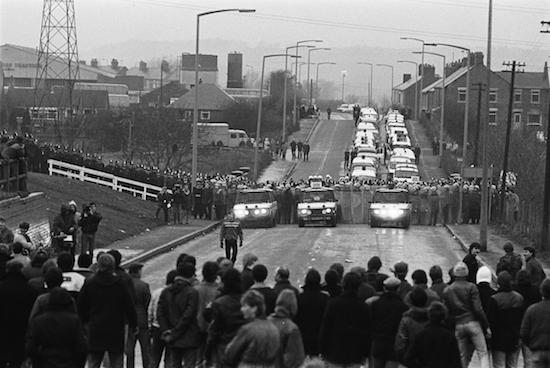 STILL THE ENEMY WITHIN

The Audience Award winner for the 21st edition of Sheffield Doc/Fest is STILL THE ENEMY WITHIN directed by Owen Gower and produced by Sinead Kirwan and Mark Lacey. This archive-rich film looks back to Margaret Thatcher’s battle with the unions and specifically the 1984 miners strike. Told primarily from the retrospective of the mining communities the Doc/Fest screenings received a standing-ovation from Sheffield audiences and delegates. This World Premiere screening at Doc/Fest was one of a number of films at the festival that marked the 30th anniversary on 18th June of the so-called Battle of Orgreave. 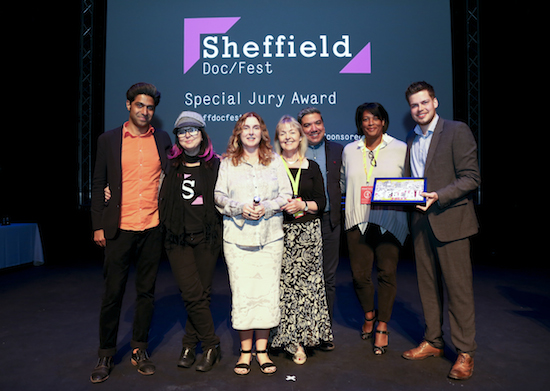 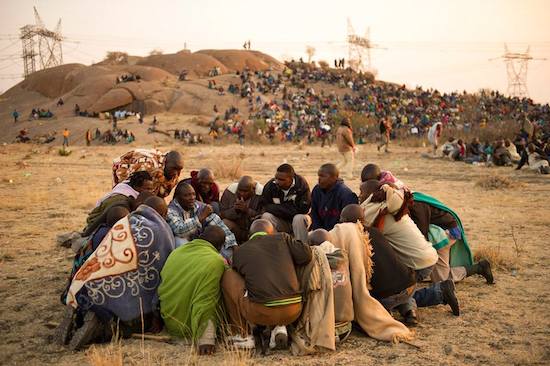 On Saturday 7th June the festival kicks off with three must-see events: at City Hall the European premiere of Florian Habicht’s PULP: A FILM ABOUT LIFE, DEATH & SUPERMARKETS attended by band-members Jarvis Cocker, Nick Banks, Candida Doyle, Steve Mackey and Mark Webber; at the Devil’s Arse cavern Thomas Balmes’ award-winning HAPPINESS will transport the audience to a tiny mountain village in a remote corner Bhutan which is finally getting electricity and television; and at the Sheffield Showroom Rehad Desai’s heavy-hitting MINERS SHOT DOWN about the 2012 strike in South Africa which led to the murder of 34 miners by the police in a bid to break the strike will launch the South African focus. 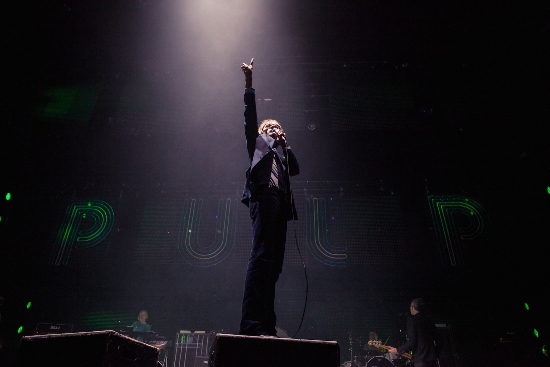 The 21st edition of Sheffield Doc/Fest, considered UK’s premier documentary and digital media festival, will officially open with the European Premiere of PULP. A Film about Life, Death and Supermarkets, attended by the director Florian Habicht, producer Alex Boden of Pistachio Pictures Production and band-members: Jarvis Cocker, Nick Banks, Candida Doyle, Steve Mackey and Mark Webber. By turns funny, moving, life-affirming and (occasionally) bewildering, PULP is a music-film like no other. Florian Habicht unveils the deep affection that the inhabitants of Sheffield have for Pulp, and the formative effect the town has had on the band’s music (and front-man Jarvis Cocker’s lyrics in particular). 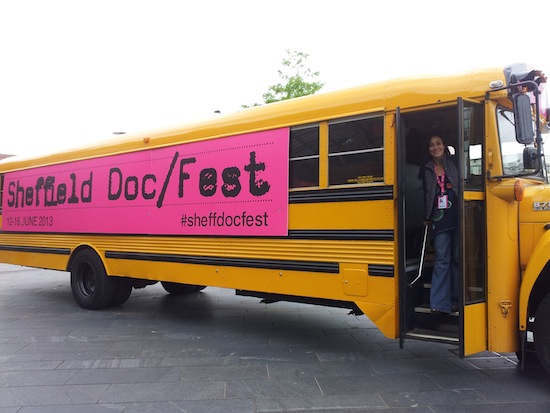 BLACKFISH director Gabriela Cowperthwaite on the Doc/Fest bus Sheffield Doc/Fest 2014 will be a SIX day festival, kicking off on Saturday 7 June with a Special Gala Opening Night, followed by five packed days of sessions, screenings, marketplace and networking receptions, right through until Thursday 12 June, 2014. image via Blackfish the Film 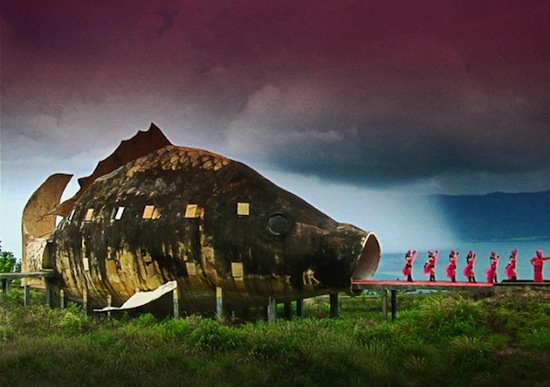 THE ACT OF KILLING directed by Joshua Oppenheimer

THE ACT OF KILLING directed by Joshua Oppenheimer won the Special Jury Award, and shared the 2013 Audience Award for Best Feature with PARTICLE FEVER directed by Mark Levinson at the 2013 Sheffield Doc/Fest. In the documentary THE ACT OF KILLING, produced by Errol Morris and Werner Herzog, the unrepentant former members of Indonesian death squads are challenged to re-enact some of their many murders in the style of the American movies they love.  PARTICLE FEVER follows six brilliant scientists during the launch of the Large Hadron Collider, marking the start-up of the biggest and most expensive experiment in the history of the planet, pushing the edge of human innovation. 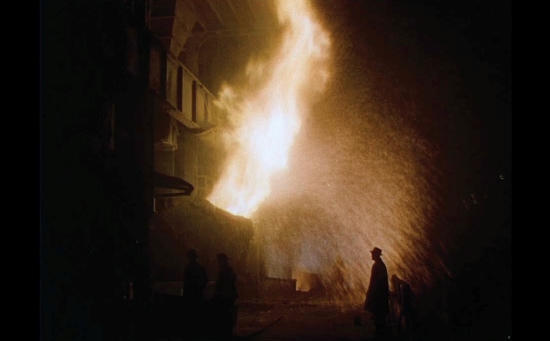 World Premiere of “THE BIG MELT” at 20th Sheffield Doc/Fest

The world premiere of the “THE BIG MELT” directed by Martin Wallace will help kick off the 20th edition of Sheffield Doc/Fest and also celebrate the 100 Years of Stainless Steel in Sheffield, South Yorkshire, UK, the home of the festival, on Wednesday, June 12, 2013. In an interesting collaboration, leading Sheffield musicians – including The City of Sheffield Brass Band, Richard Hawley and band members, Pulp band members, The Forgemasters, a string quartet and a youth choir – will perform live to the world premiere of the film. 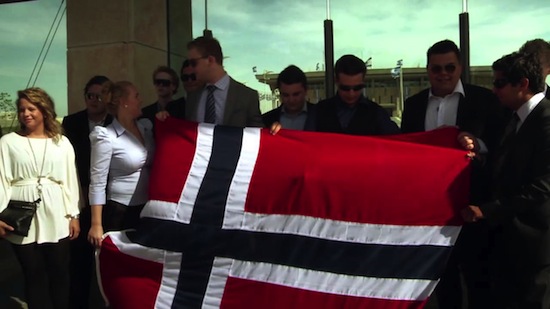 Sheffield Doc/Fest celebrates its 20th year with a line-up of documentaries screening over five days from June 12 to June 16, 2013. The 120 strong film programme is organized across films in competition as well as thematic sections, also referred to as strands. 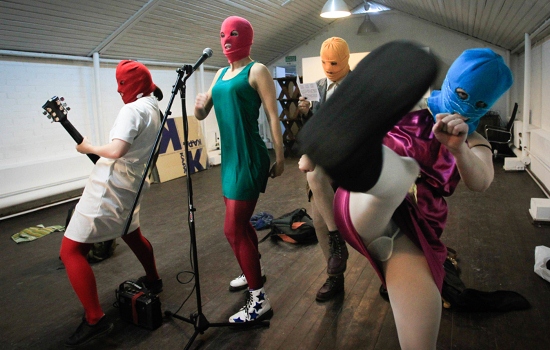 Mike Lerner and Maxim Pozdorovkin’s compelling documentary film Pussy Riot – A Punk Prayer has been selected to be the Opening Night Film of the 2013 Sheffield Doc/Fest in the UK.