Texas Frightmare Weekend is presented by Arrow Video. The event takes place annually in the Dallas Fort Worth metroplex. True to its motto, “The Southwest’s Premier Horror Convention”, our goal is to provide fans with an unrivaled experience by celebrating all aspects of genre films. Texas Frightmare Weekend hosts celebrity appearances, autograph signings, screenings, exclusive parties and horror memorabilia vendors from all over the country. The event is also extremely proud to have featured the rising talents of many Texas “Frightmakers” in screenings, panel discussions and Q & A’s. 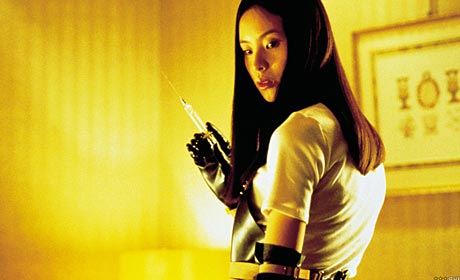 Texas Frightmare Weekend announced AUDITION star Eihi Shiina and TOKYO GORE POLICE director and special effects artist Yoshihiro Nishimura are confirmed to attend this year’s edition of the popular horror and genre convention (April 29 – May 1). This will mark the first time that Shiina has made an appearance of this nature in the United States. They join other high profile recent additions including influential horror and genre author and filmmaker Clive Barker (HELLRAISER, […]