TIFF Kids is one of the largest children’s film festivals in the world! Presented each April, the festival offers a diverse slate of programming from Canada and around the globe, using the power of film not just to entertain children and parents but also to foster new ideas about the complex issues facing young people today. 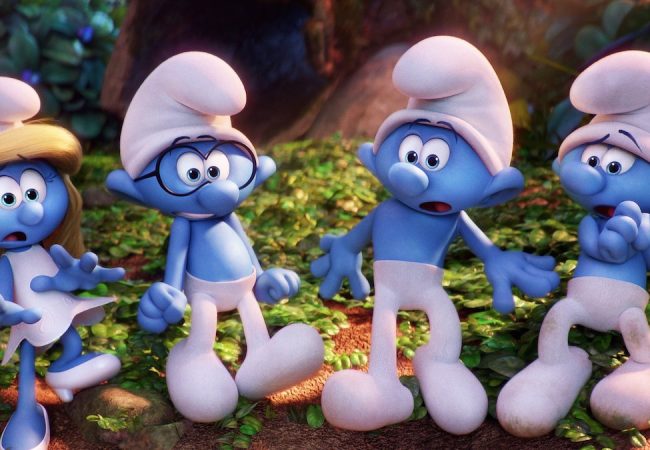 From April 7 through 23, TIFF Bell Lightbox welcomes the next generation of film lovers for the 20th anniversary of TIFF Kids, the premier festival for children ages 3 to 13. 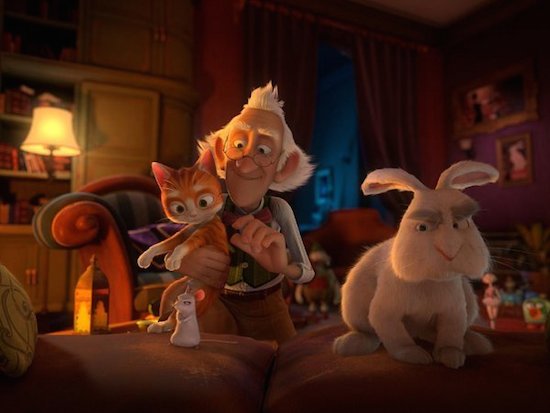 THE HOUSE OF MAGIC

The TIFF Kids International Film Festival, returns for its 17th year at TIFF Bell Lightbox in Toronto from April 8 to 21, 2014, with a slate full of premieres of some of the best films from around the world for children aged 3 to 13. The TIFF Kids Festival kicks off on Opening Night with the Canadian premiere of RIO 2, the all-star sequel to the smash-hit 2011 animated adventure, reuniting audiences with Blu and Jewel, voiced by Oscar® nominee Jesse Eisenberg and Oscar® winner Anne Hathaway, and wraps with the Closing Night Film THE HOUSE OF MAGIC, a gorgeously animated 3D feature from Belgium about a young abandoned cat who finds a new home in an enchanted mansion. 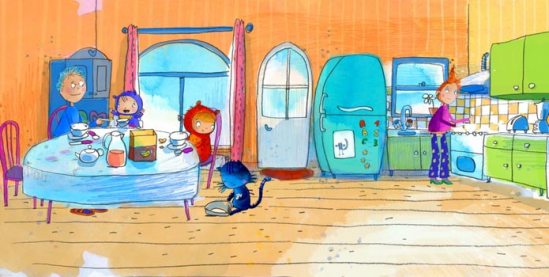 This year’s TIFF Kids International Film Festival short film program is said to be brimming with exhilarating stories and lively animations from the world over. The six shorts programmes include several films with programme run times between 50 and 90 minutes.

SHORTS PROGRAMME: REEL RASCALS — SPRING INTO SPRING!
Spring into spring with Little Nutbrown Hare, Pickels the pig, MuMuHug, the purple and green monsters and a menagerie of other furry friends in this fun-filled hour of imagination and discovery for TIFF Kids’ youngest audience. Age recommendation: 3 to 6.

Guess How Much I Love You: Scents of Spring, Australia Toronto Premiere It’s springtime and the Little Nutbrown Hare wakes to find the air filled with the most delightful smells.

A Friend Like Me, director: Maggie Rogers, United Kingdom World Premiere Big, strong Lester the lion couldn’t be friends with a tiny, squeaky little mouse… could he?

Fitting In, director: Taylor Annisette, Canada On her first day of school, an octagon learns not to get bent out of shape about being different.

Joe & Jack: Garden Party, director: Stuart Shankly, Ireland
Toronto Premiere
When Joe and Jack learn of all the great snacks that can grow in a garden, they get to work planting chocolate cake seeds!

A to B, director: Malcolm Sutherland, Canada There’s more than one way to get from A… to B!

A Monster Mess, director: Susie Jones, United Kingdom
North American Premiere A dinner invitation from the green monster to the purple monster turns out to be a recipe for culinary catastrophe!

Pickels in a Pickle, director: Steffen Schaeffler, Germany
Canadian Premiere The heat is on and everyone’s looking forward to a dip in the pond—but Pickels might have gotten into a bit of a pickle with their plans for the swimming hole.

Sea Friends, director: Todd St. John, USA Dive into this musical aquatic adventure and learn about our friends who live under the sea.

SHORTS PROGRAMME: REEL RASCALS — MOVIN’ AND GROOVIN’!
Whether boogieing to a beat or embarking on an adventure, the characters in this shorts programme are in for one exciting ride! Age recommendation: 3 to 6.

The Beet Party: UnderWaterMelon, directors: Paul Brown, Paul Hunt, Canada World Premiere The gang at the Australian Beet Party tests their skills at boomerang with hilarious results and end the night with a disco celebration.

Ballet of the Unhatched Chicks, director: Shaun Seong-young Kim, USA
Toronto Premiere As baby chicks break out of their shell one by one, they join the ever-growing chorus line.

The Squeakiest Roar, director: Maggie Rogers, United Kingdom
World Premiere The littlest lion in this family just can’t seem to find his big, bad roar—but his little squeak sound might just turn out to be his greatest asset.

Mobile, director: Verena Fels, Germany
When a cow decides to join the rest of the animals on the other side of the mobile, the balance is thrown off and everyone falls into a tailspin.

Stella and Sam: Trip to the Moon, directors: Dave Merritt, Ray Jafelice, Canada
Join popular storybook siblings Stella and Sam as they embark on a camping trip and blast off to meet the man on the moon.

New Adventures for Friends: Small, but Mighty, directors: Theresa Strozyk, Tony Loeser, Germany
Canadian Premiere When the hens leave their eggs in the care of Franz the rooster and Johnny the mouse, Johnny must prove to Franz that just because he is small, it doesn’t mean he can’t help care for the eggs.

Percussions, director: Lucie Julliat, France
Toronto Premiere The kitchen is this chef’s orchestra as he prepares for the nightly dinner rush.

The Adventures of Pim & Pom: The Dance Party (De avonturen van Pim & Pom), director: Gioia Smid, The Netherlands North American Premiere Pim wants to have a dance party, but Pom isn’t confident in his own dance moves so Pim takes the lead to show him that everyone can boogie!

The Tadpole, director: Guillaume Delaunay, France
In this charming story, a sleepy, little tadpole is determined to find serenity come rain or shine.

Jungle Beat: This Little Light of Mine, director: Brent Dawes, South Africa
With a bright light following him wherever he goes, this poor firefly just can’t catch any z’s.

The Sandpixies: Da Capo George (Die Sandmanzen: Da Capo Schorsch), director: Ralf Kukula, Germany
Festival favourites The Sandpixies are back to stir up mischief as each decides to learn to play an instrument!

The Beet Party: A Fridge Down Under, directors: Paul Brown, Paul Hunt, Canada World Premiere Who knows what the beat-boxing beets will get up to when the fridge door closes.  {jathumbnail off} 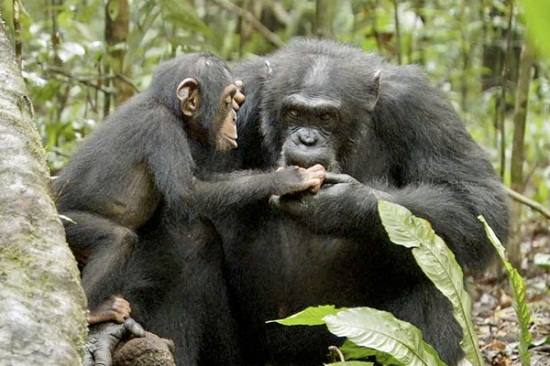 The 15th annual TIFF Kids International Film Festival revealed the Feature Film Presentations that will screen during the festival at TIFF Bell Lightbox from April 10 through April 22, 2012. Also announced today was the official Opening Night selection. On Friday, April 13, TIFF Kids presents the Canadian Premiere of Chimpanzee, the new True Life Adventure from Disneynature which follows Oscar, a young chimpanzee, as he explores the fascinating terrain of the African forests. FEATURE […]