NAME OF FILM: A QUIET PASSION

SYNOPSIS: The celebrated director of The House of Mirth paints the life of Emily Dickinson in lush, appropriately poetic tones, with a powerful lead performance by Cynthia Nixon as the celebrated American poet and co-starring Jennifer Ehle as her sister Vinnie. Living in self-imposed isolation from the world in her Massachusetts family home, yet still very much a part of high society, Dickinson uses her wit as a safeguard against her struggles with mental health and the patriarchal demands of her time. 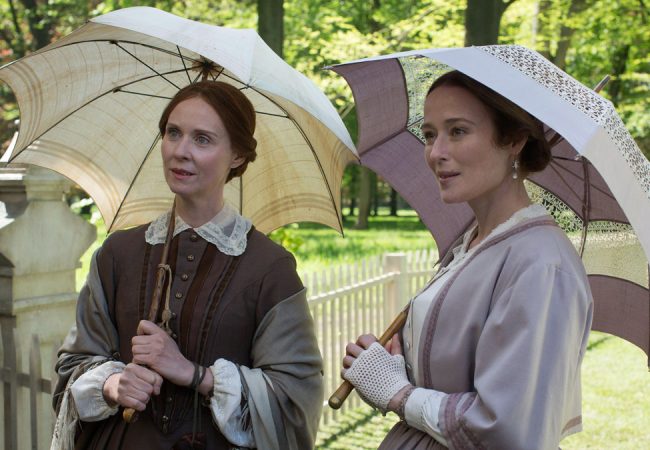 A QUIET PASSION starring Cynthia Nixon, and an official selection at the 2016 New York, Toronto and Berlin film festivals, will open in New York on April 14, and at the Laemmle Royal in Los Angeles on April 21.