HOW TO TALK TO GIRLS AT PARTIES

NAME OF FILM: HOW TO TALK TO GIRLS AT PARTIES

SYNOPSIS: From master of fantasy Neil Gaiman (Coraline, American Gods) and glam-rock legend John Cameron Mitchell (Hedwig and the Angry Inch, Shortbus), this delightfully quirky punk rock spectacle is an instant cult classic. Enn (Alex Sharp) is an awkward suburban teenager in 1977 London, sneaking into underground punk parties hosted by Queen Boadicea (Nicole Kidman). One night he and his friends crash a kinky house party that feels a little too much like a latex-laden alien cult gathering. Blissfully ignorant of his hosts’ inhumanity, Enn falls for Zan, a beautiful teen eager to rebel against her colony’s strict rules. Together, the galaxy-crossed lovers embark on a glorious punk rampage. But Zan’s love-struck foray into non-conformity may have interstellar consequences, and leads to an ultimate battle of punks vs. aliens, loyalty vs. true love. 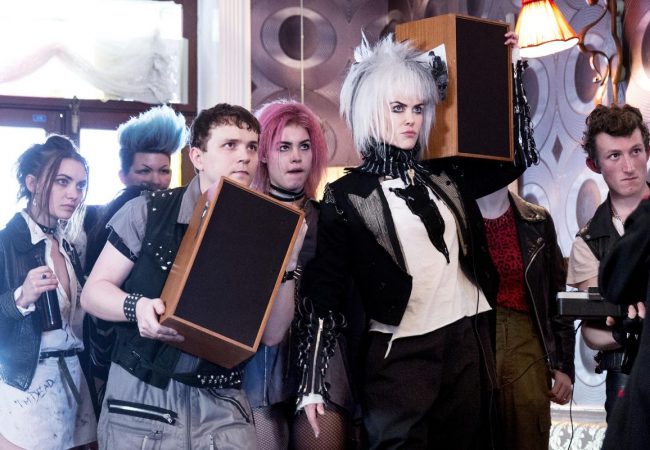 A24 released the official trailer for How to Talk to Girls at Parties, starring Elle Fanning, Alex Sharp, Nicole Kidman, and Ruth Wilson, that tells the story of a boy falling in love with a girl in 1970s London.