NAME OF FILM: KATHY GRIFFIN: A HELL OF A STORY

SYNOPSIS: Fiery comedian Kathy Griffin has always been known for her irreverent, push-the-limits comedy, but it was ultimately one picture that suddenly plunged her into the dark depths of unemployment, death threats, and an FBI investigation. The photo in question, Griffin holding a fake severed head of Donald Trump—for anyone living in a cave for the last two years—became the match to light a fire that not only destroyed her career but pushed her to become an outspoken fighter for the First Amendment rights of all Americans. Told mostly through Griffin’s own enormously hilarious and ferociously sharp stand-up revelations in front of a live audience (where she does her work best), as well as with revealing interviews and behind-the-scenes moments, this engaging docu-comedy is a riotous look at an unprecedented story as absurd as it is infuriating. 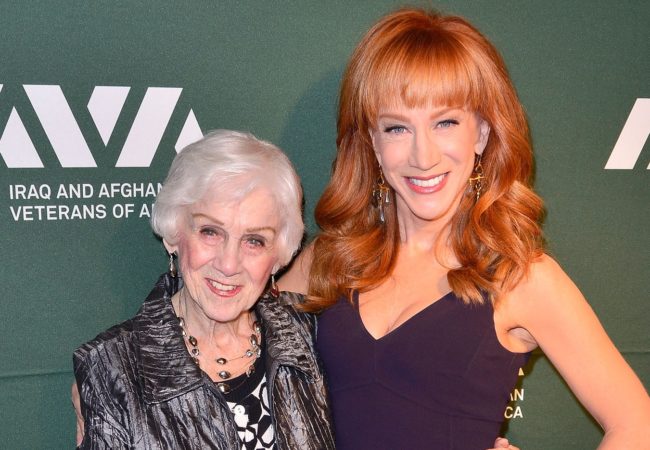 Maggie Griffin, the mother of comedian Kathy Griffin who was featured in the documentary Kathy Griffin: A Hell of a Story, has died at age 99.