SYNOPSIS: Alice (Emily Beecham) is equally committed to her work as a genetic plant breeder and her role as a single mother to her son, Joe (Kit Connor). After reaching a breakthrough in the development of a new species of plant—one believed to give its owner the feeling of happiness through its pollen—Alice acts against company policy and proudly welcomes her latest creation into her home as a gift for Joe. However, Alice soon comes to realize that the plant may have some unintended, and potentially dangerous, side effects, in director Jessica Hausner’s eerily oftkilter and unpredictable sci-fi thriller. 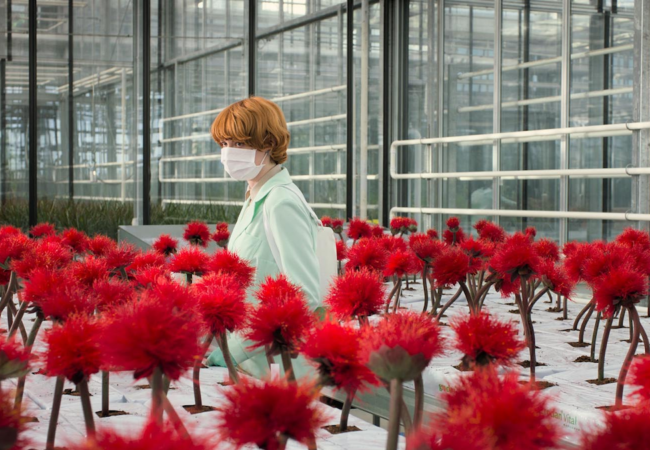 Film at Lincoln Center will host the complete retrospective of Austrian filmmaker Jessica Hausner titled Jessica Hausner: The Miracle Worker, from November 8 to 10.

Little Joe, the English-language debut of rising director Jessica Hausner is an unsettling sci-fi feature about a mysterious new flower which emits a scent that induces happiness.