SYNOPSIS: Prepare to be charmed by this sweetly endearing character study of an unassuming housewife who finds meaning in the simple and unexpected pleasure of putting all the pieces together. Agnes (Kelly Macdonald) has spent her adult life quietly catering to the needs of her family. It’s not that her husband and kids don’t appreciate her, it’s just that her only worth seems to be tied to them, and Agnes has found herself drowning in contentment. When she unwraps a present of a 1,000-piece jigsaw puzzle, she discovers the great satisfaction of being good at something, and a sudden desire to do more. Venturing to a specialty puzzle store in the city leads her to a champion puzzler looking for a new partner, and for the first time Agnes begins to fight for what she wants. 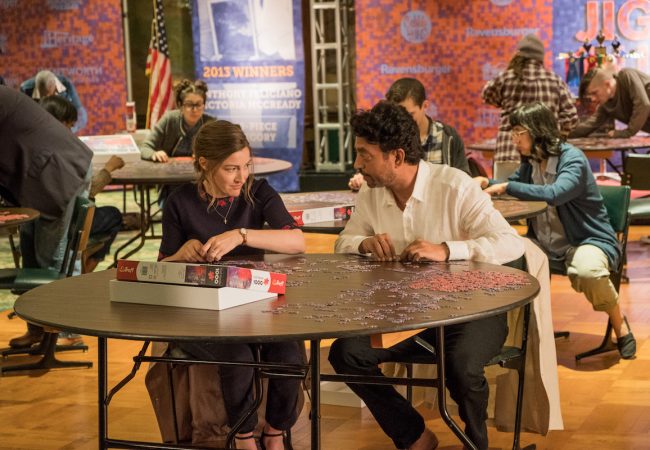