SYNOPSIS: Middle-aged mom Lisa Conroy (the amazingly brilliant Regina Hall) does not look like someone you’d find at a roadside Texas breastaurant with scantily clad waitresses and greasy bar food. But the hardworking manager of the crudely named Double Whammies has an affection for her job, and more importantly–her girls. A fierce den mother, Lisa protects her short-short wearing staff from rude customers and sexist management in a thoughtful and truly remarkable ensemble comedy for the modern workforce that owes a debt to another TCFF 2018 film, 9 to 5. Over the course of a trying day involving an attempted robbery, a broken satellite, and an unauthorized car wash, Lisa’s optimistic resolve is tested more than ever. With outstanding supporting turns by James LeGros and Haley Lu Richardson, director Andrew Bujalski delivers a punchy feminist message of solidarity in the most unlikely of places. 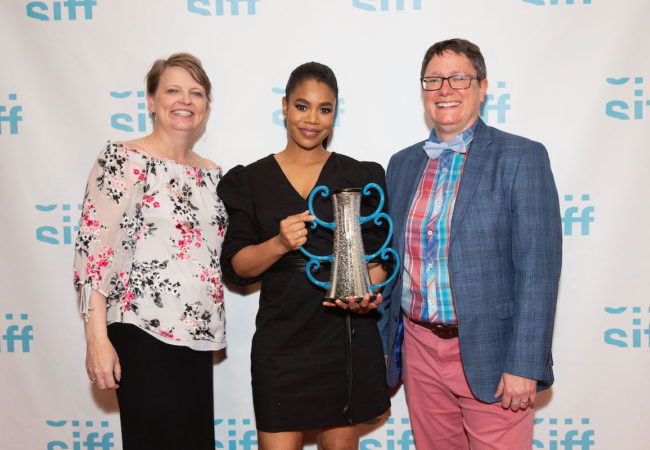 Yorgos Lanthimos’ The Favourite, and Alfonso Cuarón’s Roma, won three awards each at the 2018 Houston Film Critics Society Awards with The Favourite taking the prize for Best Picture.