SYNOPSIS: In a delightful twist, leading Romanian director Corneliu Porumboiu, whose inventive comedies such as Police, Adjective (NYFF47) and The Treasure (NYFF53) have for more than a decade brought deadpan charm and political perceptiveness to his country’s cinematic renaissance, has made his first all-out genre film—a clever, swift, and elegant neo-noir with a wonderfully off-kilter central conceit. Easily corruptible Bucharest police detective Cristi—played by the eternally stoic Vlad Ivanov—arrives on the mist-enshrouded Canary Island of La Gomera, where he learns a clandestine, tribal language, improbably made entirely out of whistling; this form of hidden communication will keep his superiors off his trail as he becomes increasingly embroiled in a convoluted gangster scheme involving a stash of Euros hidden in a mattress and a sultry femme fatale named, of course, Gilda. Porumboiu’s take on the crime drama furthers his explorations of the intricacies and limitations of language, but is also his most playful, even exuberant, film. 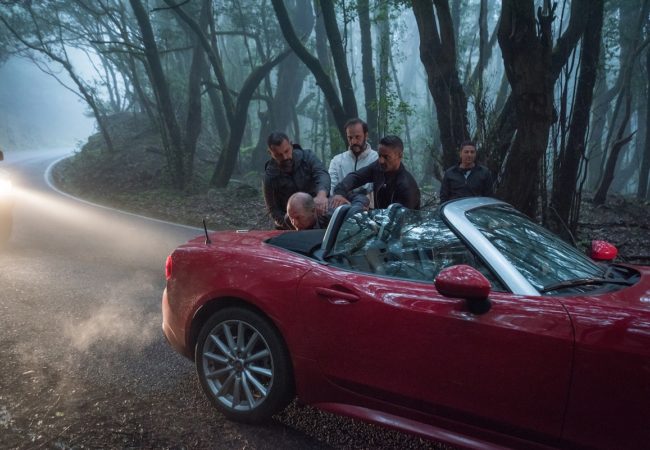 The Whistlers (La Gomera) directed by Corneliu Porumboi is Romania’s pick for submission in the Best International Feature Film category of the 2020 Oscars.