NAME OF FILM: TIME FOR ILHAN

SYNOPSIS: In a time fogged up by fake news and cynicism, breaths of fresh air in the news cycle are few and far between. Norah Shapiro’s wonderful documentary, depicting Minnesota politician Ilhan Omar’s run for state legislator, however, provides a big refreshing gulp of feel-good optimism. Community organizer Ilhan, a black, Muslim, hijab-wearing, immigrant mother-of-three, describes herself as the “extreme other.” Plus, no one of Somali descent has ever been elected to legislative office in the US. Could this scrappy political outsider’s odds be any more daunting? Oh yeah, we forgot to mention she’s trying to unseat a 43-year incumbent. While watching the exciting campaign drama, it’s impossible not to fall in love with Ilhan’s unapologetic hopefulness and tenacity—watching her on the campaign is an extraordinary thing to behold. Time for Ilhanis an inspirational strike for feminism, diversity, and grass-roots idealism, and is exactly what we so desperately need to see right now. 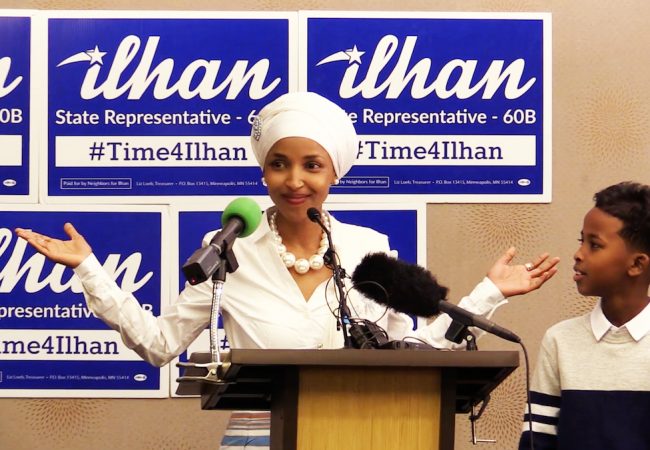 The new inspiring and rousing documentary TIME FOR ILHAN, chronicles newly elected Congresswoman, and first ever Somali Muslim legislator, Ilhan Omar, as she seeks to redefine politics in America.

Norah Shapiro documentary “Time For Ilhan“, which will have its World Premiere at the 2018 Tribeca Film Festival on Saturday, April 21, has released the first video clip.