NAME OF FILM: UNDER THE WIRE

SYNOPSIS: A gripping, first-hand account of the mortal peril faced by war correspondent Marie Colvin and photographer Paul Conroy while reporting from within Syria. 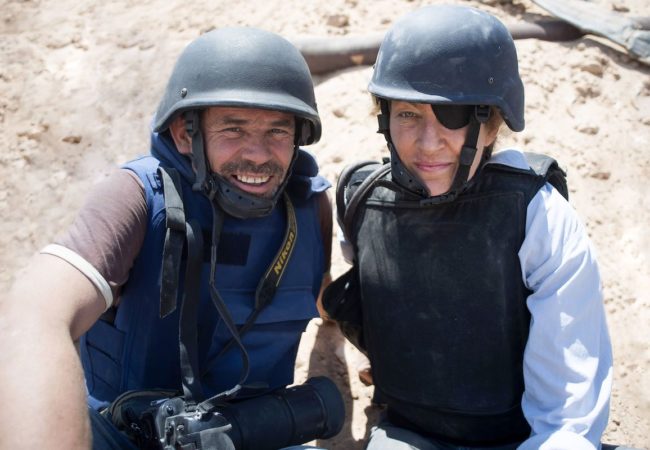 The feature drama-documentary Under the Wire, based on the book of the same name by Paul Conroy, Under The Wire tells the incredible story of his and Marie Colvin’s fateful mission – and Conroy’s epic battle to escape the Syrian city.