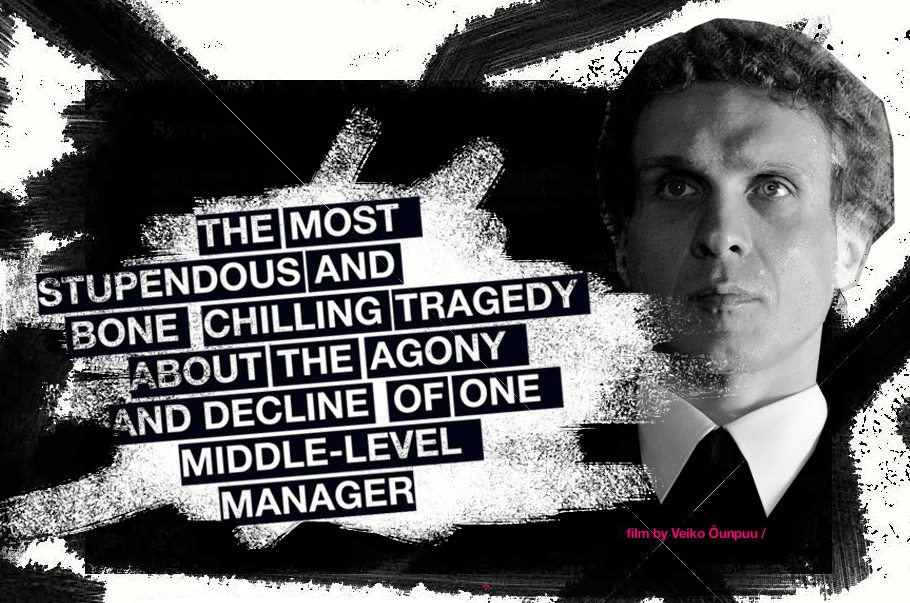 To appreciate Veiko Õunpuu’s artful tale of moral confusion, let’s begin where he does—with Dante’s Inferno: “Midway upon the journey of our life, I found myself within a forest dark.”

Tony, a middle-aged, midlevel manager, leads a quiet life. But one day, he starts to question the value of being good. In a series of bizarre encounters in which he fires his employees, witnesses his wife’s infidelity, and meets a soon-to-be kidnapped girl (never mind the severed hands and mystery dog), Tony gradually becomes unhinged from reality.

Õunpuu’s second feature asks, what good is goodness when all it brings is loss? He gleefully supplants our sense of narrative context with avant-garde flourishes, wryly devised vignettes, and unfolding metaphors, stranding us in poor Tony’s forest dark. Provocative and evasive, the film infuses chaotic energy and emotional tension into its elegant black-and-white imagery. Õunpuu’s stark vision feels more like a dream (or nightmare) and recalls the beauty of being oblique.

Veiko Õunpuu (born March 16, 1972, Saaremaa, Estonia) is an Estonian film director and screenwriter who has achieved international recognition for his films Autumn Ball (Sügisball, 2007) and TEMPTATION OF ST. TONY (Püha Tõnu kiusamine, 2009). Both films are known for their eccentric characters.   Veiko Õunpuu began as a director of TV commercials. In 2006 he wrote and directed independent short film Empty (Tühirand). In 2007 he adapted Mati Unt’s’s novel Autumn Ball (Sügisball) that won Horizon Award at The Venice Film Festival. THE TEMPTATION OF ST. TONY is Õunpuu’s second feature.