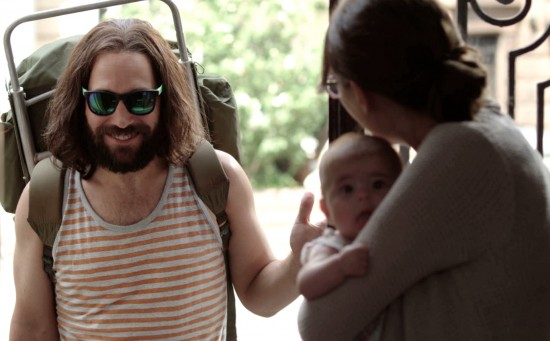 Ned Rochlin (Paul Rudd) chooses to look for the good in every situation and the best in everyone he meets, which often puts him at odds with the world around him – especially his family.  After all, what can you say about a guy who is quite easily tricked into to selling pot to a uniformed police officer? Upon being released from jail, Ned excitedly returns to the organic farm he shares with his girlfriend, Janet (Kathryn Hahn), to find that she has thrown him out, and more importantly won’t give up custody of his beloved dog (named “Willie Nelson”).  Without a house, a job, or a clue about how to get Willie Nelson back, Ned seeks shelter with his begrudging family.

His overbearing mother Ilene (Shirley Knight) offers to take him in to their childhood home on Long Island, but Ned soon suffocates sharing the same roof with her.  Hoping to find some part-time work and earn enough cash to get his dog back, Ned moves in with his oldest sister, Liz (Emily Mortimer), a high-strung earth-mother of two, married to a pretentious documentary filmmaker, Dylan (Steve Coogan).  Ned fits right in with Liz’s seven year-old son River, but his version of what’s fun for kids doesn’t fit with his sister’s carefully crafted child- rearing program.  After turning Liz’s life upside down, Ned relies on middle sister Miranda (Elizabeth Banks), a career-driven journalist for Vanity Fair, for a place to crash while still trying and failing to get back Willie Nelson. He quickly makes a mess of Liz’s big break at the magazine and shakes up her carefully compartmentalized love life. He is then forced upon his youngest sister, Natalie (Zooey Deschanel), whose wild-child past threatens to ruin her happy existence with Cindy (Rashida Jones), an emotionally stable lawyer who has become close to the entire family.

As each sister’s life starts to reach a crisis point, it seems to them that Ned is always in the middle of every misunderstanding, and despite his good intentions, always seems to say or do the wrong thing at the wrong time.  In a series of painfully funny revelations and confessions, Ned’s entire family starts to realize that maybe, in believing and trusting the people around him without fail, Ned isn’t such an idiot after all. | Film’s official site