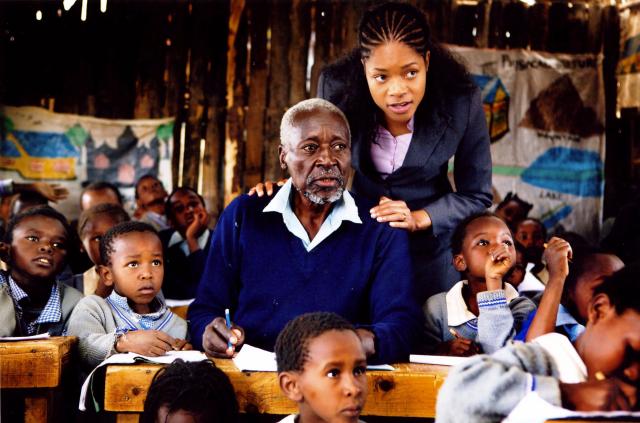 Best feature film – “The First Grader” Directed by Justin Chadwick and starring Naomie Harris, Tony Kgoroge and Sam Feuer, the film tells the true story of an 84-year-old Kenyan villager and ex-Mau Mau freedom fighter who fights for his right to go to school for the first time.

Best documentary feature – “The Rescuers” Directed by Michael King, the film follows the journey of Stephanie Nyombayire, a young Rwandan anti-genocide activist who teams up with Sir Martin Gilbert, the renowned Holocaust historian, to travel across 15 countries and three continents interviewing survivors and descendants of diplomats who rescued thousands of Jews from Nazi death camps.

Best short film – “Bedfellows” Directed by Pierre Stefanosa, the story is told in the style of an old children’s fairy tale but set against the modern-day backdrop of New York City. Spending the night with an attractive stranger named Jonathan inspires twenty-something Bobby to dream about what a lifetime relationship with him could be like. The dream takes the audience on a 30-year journey of ups and downs in life and love.

Best picture, “Confessions of a Paralyzed Robot” by Alex Haney

Best documentary, “The Garbage of Jupiter Beach” by Cyndi Lenz

Best documentary feature – “100 Voices: A Journey Home” Directed by Matthew Asner (son of Ed Asner) and Danny Gold, the film offers a unique examination of the history and current resurgence of Jewish culture in Poland through the personal reflections and musical selections of a group of cantors and acclaimed composer Charles Fox (“Killing Me Softly,” “I Got A Name”).

Best short film – “Hard to Come By” Directed by Dale Peterson. A year after he took early retirement, Alex McCollister lost his wife of 32 years to cancer. The pain of his loss (and the pain of a new medical condition) became almost too much to bear. But his doctor and a young woman named Patricia have other things in store for him.