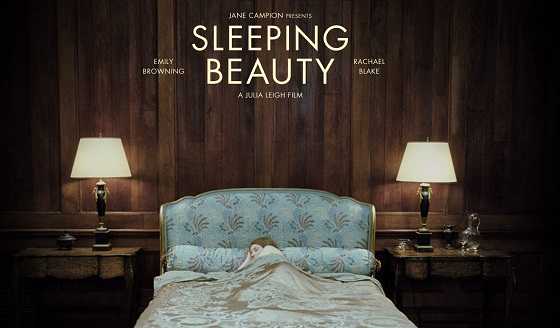 Sundance Selects, sister division to IFC Films and IFC Midnight, announced from the 2011 Cannes Film Festival that the company will release Julia Leigh’s “Sleeping Beauty” in the the US. The film, with a screenplay by Leigh, stars Emily Browning, Rachael Blake, Ewen Leslie, Peter Carroll, Chris Haywood, and was produced by Jessica Brentnall. The film premiered this week in Competition at the festival.

Lucy is a young university student possessed by a kind of radical passivity. She lets a flip of the coin generate a random sexual encounter and she displays an uncomplaining patience when facing the repetitions of her various menial jobs that fund her studies. One day she responds to an advertisement in the student newspaper. Following an interview and inspection at Clara’s office, she is initiated as a lingerie waitress and secretly auditioned for the role of a Sleeping Beauty. She meets with approval and – recklessly –accepts the strange new work. On her first visit to the countryside mansion Clara explains to Lucy that she will be sedated. “You will go to sleep: you will wake up. It will be as if those hours never existed.”

Being drugged in the chamber means there is a part of her life that remains unknowable. The unnerving experience of being observed in her sleep starts to bleed into her daily life. Evicted from her share house, she uses her sleep-derived income to rent a new apartment. It is anonymous and bare, a high-rise glass coffin. When her friend Birdmann dies in her arms she loses her only authentic close connection. She develops a deepening curiosity to know what happens to her during the night.

She purchases a tiny surveillance camera and records a university lecture: a trial run for her plan to film inside the sleeping chamber. Her need to record her unknowable double life leads to a defiant act of will when she fights off the sleeping drug in order to hide the secret tiny camera in the chamber. Her camera will unwittingly record the assisted suicide of one of the men, and her own accidental overdose from which she is revived. On waking, Lucy howls and wails. The spell, at last, is broken.