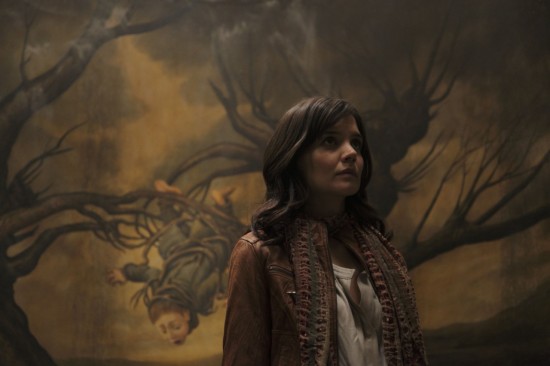 Guests at the LA Film Festival’s Closing Night Screening of co-writer/producer’s Guillermo del Toro’s new thriller “Don’t Be Afraid of the Dark,” starring Katie Holmes and Guy Pearce, were scared by more than just the film itself: Festival-goers actually had to actually leave the screening briefly (during a pivotal point on the horror film!) after wailing alarms and a recording told them that it was an “emergency,” and they had to evacuate immediately.

Del Toro was overheard to have been much more riled about the film’s R rating, although the film was, by all accounts, pretty scary. (A young girl is tortured by scary creatures in a scary house. Jeez!) Apparently, it was not Holmes’ acting, but rather, simply a glitch in poor Regal LA Live’s Theatre’s alarm system which drove the guests quickly into the theatre lobby.