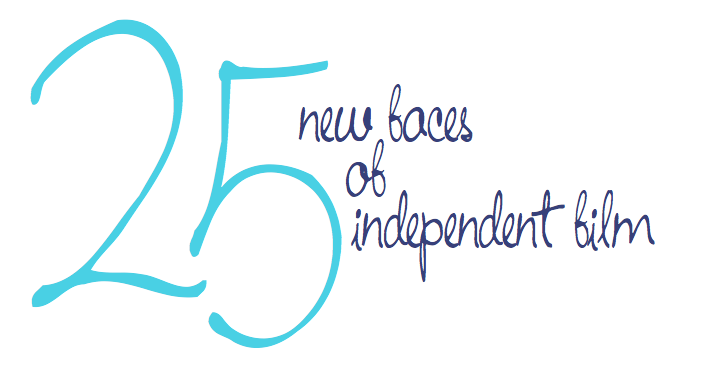 Filmmaker Magazine announced earlier this month announced the 2011 “25 New Faces of Independent Film”. The feature is the 14th edition of the magazine’s annual look at the new, up-and-coming talent, a list that includes includes directors, screenwriters, composers, editors and actors scouted by Filmmaker’s editors over the last 12 months.

Andrew S Allen and Jason Sondhi. Andrew S Allen directed and Jason Sondhi produced The Thomas Beale Cipher, an ingenious and beautiful short animation dealing with a true 19th century cryptography mystery. The two are also editors of Short of the Week (shortoftheweek.com), an online curatorial hub for the best short movies on the internet.

Carlen Altman. Actress and comedienne Carlen Altman made her mark in Ry Russo-Young’s You Wont Miss Me. But with her latest, Alex Ross Perry’s The Color Wheel, she adds “screenwriter” to her resume, collaborating with Perry on this off-kilter tale of sibling love and rivalry.

Rania Attieh and Daniel Garcia. After a series of acclaimed short films, including one mentored by Abbas Kiarostami, the directing team of Rania Attieh and Daniel Garcia lensed their debut feature, Ok, Enough, Goodbye, in Tripoli, Lebanon. The film, which premiered in Abu Dhabi, is a droll no-budget comedy that is also a portrait of a changing city.

Brent Bonacorso. Commercials director Brent Bonacorso has made one of the most visually striking short films of the year with West of the Moon, a delirious fantasy inspired by a documentary investigation into children’s dreams. With Jesse Atlas, he is currently co-directing the sequel to the British science fiction feature Monsters.

Dean Fleischer-Camp and Jenny Slate. Writer/director Dean Fleischer-Camp and writer/actress Jenny Slate created one of the most charmingly original shorts of the year, Marcel the Shell with Shoes On. Appealing to kids as well as their parents, the no-budget YouTube sensation has already garnered the two a book deal, and the character should be crossing over into television soon as well.

Sheldon Candis. Filmmaker Sheldon Candis calls his first feature, Learning Uncle Vincent, currently in post-production, a “driller,” as in “dramatic thriller.” Taking place during a 24-hour span, the film stars Common and is the tale of a young boy coming of age through the realization of his uncle’s true character.

Panos Cosmatos. Panos Cosmatos’ debut feature, Beyond the Black Rainbow, is one of the eeriest, trippiest science fiction films you’ll see all year. Set in 1983 — and shot as if it was made in that year too — it’s an original mindbender evoking early David Cronenberg. The film will be released by Magnet Releasing.

Everynone. This New York-based collective has build up a passionate fan base through a series of short documentary essay films produced for the WNYC radio program, Radiolab. Selected for the Guggenheim’s YouTube Play Biennial, the group is currently putting together their first feature.

Kirby Ferguson. A documentary teased out in four parts, Kirby Ferguson’s Everything is a Remix is an insightful and entertaining series on not only today’s remix culture but the history of creative invention itself. With its final episode yet to air, the success of the online series has enabled Ferguson to quit his day job and concentrate on the project, and its offshoots, full-time.

Yance Ford. Series Producer at POV, Yance Ford is also a documentary filmmaker, currently in production on her debut feature, Strong Island, produced by Esther Robinson. The formally compelling film is an investigation into the murder of her brother when she was in college, and it examines the emotional legacy his absence has produced for Ford and her family.

Alma Har’el. Alma Har’el’s debut documentary Bombay Beach won the Best Documentary Prize at the 2011 Tribeca Film Festival. It is a loving, spirited look at an off-the-map community in the Salton Sea, using the director’s own vivid cinematography and dreamy choreographed moments to create an indelible, magical story about life, play and self-invention.

Brent Hoff. Known to filmmakers for editing the quarterly DVD magazine Wholphin, Brent Hoff has burst on the screenwriting scene with several works, including Dirty White Boy, an account of the last days of rapper Old Dirty Bastard and his unlikely manager, Jarred Weisfeld, and the Tribeca Sloan Prize-winning El Diablo Rojo, about a swarm of killer squid.

Laura Israel. For years, Laura Israel has been well known in the documentary and music video worlds as an editor, working with artists ranging from Patti Smith to Robert Frank. When a wind energy controversy erupted in the small Catskills community that is her weekend retreat, she decided to make a movie about it. Windfall, her debut doc, won the top prize at Doc NYC and is a complex, eerie investigation into the business realities of alternative energy.

Mark Jackson. Without, winner of a Special Jury Mention at the 2011 Slamdance Film Festival, is Brooklyn-based filmmaker Mark Jackson’s astonishing debut, a disquieting, beautifully controlled thriller about a young woman taking care of an elderly man while housesitting for a vacationing family. The film is receiving its international premiere at the Locarno Film Festival, and Jackson is already at work on other projects, including a collaboration with writer Mary Gaitskill.

Alison Klayman. Journalist-turned-documentary filmmaker Alison Klayman is in post on her debut feature, Ai Weiwei: Never Sorry, a portrait of the outspoken Chinese artist. Following Ai during the installation of his large conceptual works while depicting his increasing activism and use of social media, Ai Weiwei: Never Sorry offers an insider’s look at not only a great artist’s creative process but also a changing China.

David Lowery. Dallas-based writer, director and editor David Lowery followed up his subtle, evocative debut feature St. Nick with Pioneer, which is one of the year’s best shorts. Starring Will Oldham, it’s an emotionally piercing two hander, taking us into a fable-like world where adult wisdom coexists with childhood wonder. Lowery is currently at work on a new feature, which was selected for the Sundance Creative Producing Lab.

Rola Nashef. Detroit-based Rola Nashef is in post-production on her first feature, the character-based drama Detroit Unleaded. Based on the director’s own short film, this IFP Narrative Lab selection is set within the city’s Arab-American community and features breakout performances from its young cast.

Joe Nicolosi. Austin-based Joe Nicolosi has had the toughest of filmmaking challenges, tasked with creating short films that are captivating on not just the first viewing but also the second, third and fourth. His imaginative short “bumpers” for the SXSW Film Festival have brought him attention at the festival, among producers and agents, and, upcoming, viewers of YouTube, where he is debuting three new series this August.

Damon Russell. In a year in which many critics have discussed the porous line between fiction and documentary, Damon Russell’s Atlanta-set feature Snow on Tha Bluff, about a single parent crack dealer, may be the most provocative yet. Along with partner Shawn Christensen, Russell is also a partner in the production company Fuzzy Logic.

Kitao Sakurai. Cinematographer Kitao Sakurai made his strange and memorable feature debut with Aardvark, a Cleveland-shot drama starring blind actor Larry Lewis, Jr. that premiered in Locarno and is completing an impressive run of foreign festivals.

Gingger Shankar. Musician and performer Gingger Shankar first ventured into the world of film with her contributions to The Passion of Christ, but she made her solo motion picture scoring debut at this year’s Sundance Film Festival with Maryam Kesharvarz’s Circumstance. Mixing hip hop-tinged electronica with traditional Iranian melodies, Shankar’s work imaginatively encapsulates the movie’s own themes. Her other recent work includes Sean Hackett’s independent feature Homecoming.