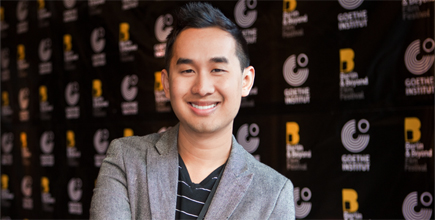 Founder Sophoan Sorn will serve as guest curator and director of the 5th San Joaquin International Film Festival (SJIFF5), taking place January 12th-14th, 2012 at the Stockton Empire Theatre on the Miracle Mile, and January 15th at the Janet Leigh Theatre at University of the Pacific.

Sorn inaugurated SJIFF in June of 2008. During his three-year tenure through 2010, he expanded SJIFF into the year-round San Joaquin Film Society – curating unique programs as the San Joaquin Children’s Film Festival, Cinema Italia and French Cinema Days; while building strong collaborations with many institutions across the area, such as University of the Pacific, San Joaquin Delta College, The Haggin Museum and Modesto’s State Theatre. As the 4th SJIFF took place in March of 2011, Sorn contributed to its program as Guest Curator.