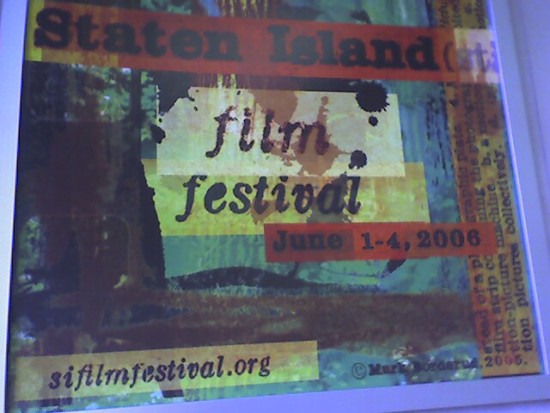 Blaming the economy – dwindling contributions and attendance, SI Live is reporting that unless someone steps and takes the rein from the current organizer, Staten Island Economic Development Corporation, the Staten Island Film Festival will not return next year.

“The board made a decision…based on the shrinking funding for film festival, and the fact that we weren’t seeing the economic impact that other film festivals have on their areas, we thought it might be best not to host the festival,” said Cesar Claro, president of the SIEDC. “I think, what you’re going to see, if there is a need for it, and if people really want it, you will see smaller film festival type things popping up and it’s our hope that a group of committed young artists maybe can get something going. My advice out of the gate, knowing what I know about the lack of money that’s out there, would be start slow, start small.”

In 2006, the festival raised $400,000 in corporate and private sponsorships, however, last year, in large part due to the economy, sponsorships were down to about $170,000. Organizers also mentioned that even though the films were free at last year’s festival, only about 5,000 people attended, down from more than 7,000 in previous years. Additionally, local businesses near the festival venues showing the films never got the economic boost that organizers expected.