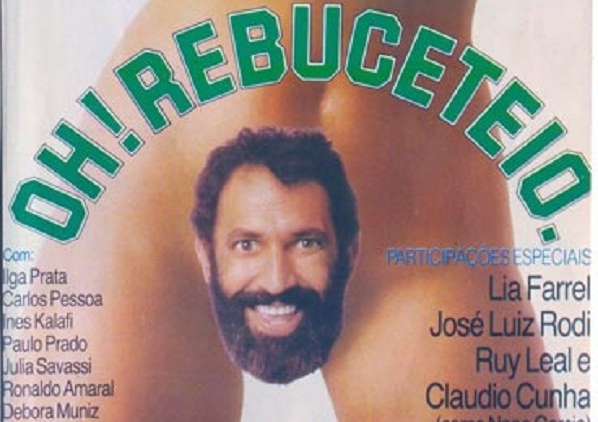 In the Signals section’s theme programme ‘The Mouth of Garbage: Sub Culture and Sex in São Paulo’, the International Film Festival Rotterdam (IFFR) will present a vast panorama of features and shorts from São Paulo’s so-called ‘Boca do Lixo’ (Mouth of Garbage), the nickname for the working class neighborhood in the center of the Brazilian metropolis. These quick and dirty productions frequently highlighted the sleazy underbelly of Brazilian society using established genres such as noir, horror, the western, and pornography.

In the Boca do Lixo district a constellation of entrepreneurial producers and up-and-coming filmmakers came together to create low-budget films in the mid 1960s, remaining active for nearly thirty years. An accessible option to burgeoning directors who felt excluded from high-end studio filmmaking and elite artistic movements such as Cinema Novo, the Boca do Lixo yielded some of Brazilian filmmaking’s chief talents, among them: Rogério Sganzerla, Carlos Reichenbach, José Mojica Marins (Coffin Joe), Ozualdo Candeias, and others.

Despite the fact that several of the Boca films were hugely successful with national audiences, producers at the time found themselves fighting constantly against government censors and the constraints of a distribution landscape saturated with Hollywood product. Some films managed to cleverly elude government control and market limitations even as they presented a fiercely critical outlook; others were banned or phased-out of the commercial distribution circuit outright. As a result, large portions of the films associated with the Boca have remained elusive.

The International Film Festival Rotterdam presents about eighteen films in tribute to the Boca do Lixo, including rare works by João S. Trevisan, Claudio Cunha, Ody Fraga, and Jean Garret, many of them presented in new transfers made from the films’ original 35mm negatives.

‘The Mouth of Garbage: Sub Culture and Sex in São Paulo’, curated by film scholar Gabe Klinger and IFFR programmer Gerwin Tamsma, is supported by The Netherlands Film Fund as part of the Central de Cultura program. The Central de Cultura program aims to intensify and extend cultural exchange and cultural cooperation between Brazil and The Netherlands. The IFFR also thanks the Cinemateca Brasileira in São Paulo for its generous collaboration.

The lineup of ‘The Mouth of Garbage: Sub Culture and Sex in São Paulo’, to be announced shortly, includes:

THE MARGIN (Ozualdo Candeias, 1967) – Truck driver-turned-director Candeias fled the commercial filmmaking scene to be able to tell this neo-realistic story of São Paulo’s underprivileged citizens living near the Tietê river.

THE VAMPIRE OF THE CINEMATHEQUE and THE INSIGNI FICANT (Jairo Ferreira, 1976 and 1980) – Free-flowing essay/diary works in Super 8 featuring many of the Boca’s luminaries in candid moments compiled by the critic and scholar Ferreira.

SNUFF – THE VICTIMS OF PLEASURE (Claudio Cunha, 1977) – One of the biggest box-office successes of its era, Cunha’s William Castle-like production deals with two American filmmakers who come to Brazil and attempt to make a snuff film in a remote barn.

THE EMPIRE OF DESIRE/SENSUAL ANARCHY (Carlos Reichenbach, 1981) – Though unfairly maligned by critics of its day, this wild road trip sex romp has recently been hailed as one of the great Brazilian films by a few noted scholars. Long unavailable, IFFR presents Reichenbach’s masterpiece in a new 35mm transfer.

SIT ON MINE AND I’LL ENTER YOURS (Ody Fraga, 1985) – A witty diptych about a talking vagina and a man with a strange penile outgrowth on his head, Fraga’s surreal farce is full of zingers and has a lighthearted sensibility reminiscent of Russ Meyer and Radley Metzger’s classics.

FUK FUK BRAZILIAN STYLE (Jean Garret, 1986) – A class conflict satire featuring little person actor Chumbinho as a domestic-cum-slave who escapes the home of his wealthy employers to go on dream-like journey through a subterranean universe of repressed sexual yearning.