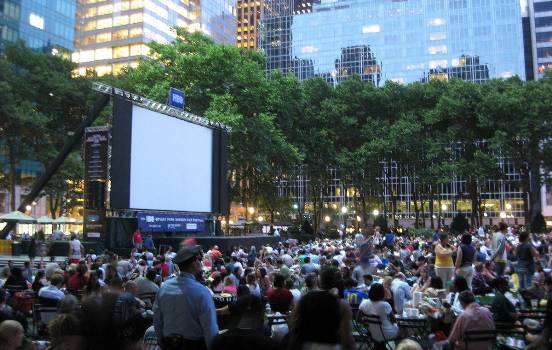 Tropfest, which describes itself as the world’s largest short film festival, announced it is calling for entries for Tropfest New York, which will take place at Manhattan’s Bryant Park on June 23rd.  Filmmakers will have the opportunity to see their short film screened in front of a massive live and online audience, and judged by an industry and celebrity panel for a chance to win $20,000 cash and other prizes.

Dozens of successful directors, writers, actors and others got their start at Tropfest.  Festival alumni include: Sam Worthington (Avatar, Last Night); Joel Edgerton (The Great Gatsby, Warrior, Animal Kingdom); Alister Grierson (director of the James Cameron-produced Sanctum); and Tony Rogers, whose Tropfest short, Wilfred, was the origin of the popular U.S. TV series of the same name starring Elijah Wood.

There are a few simple guidelines Tropfest entrants must follow: all short films must be produced specifically for the event and have their premiere at Tropfest New York; films cannot exceed seven minutes, including titles and credits; and each film must contain the Tropfest Signature Item (TSI), which changes each year.  For the inaugural Tropfest New York, the chosen TSI is a staple of New York culinary culture, the “Bagel”.  In Tropfest tradition, filmmakers can include the “Bagel” in their films in any manner they choose.

The Tropfest New York main event will be open to the public, free of charge. It will take place on Saturday June 23, 2012 at New York City’s Bryant Park, located in midtown on Sixth Avenue between West 40th and West 42nd Street.  An industry and celebrity panel will judge the selected finalists live, under the stars. During the final awards ceremony, the panel will announce the 1st, 2nd, and 3rd place winners as well as awards for Best Actor and Best Actress and a People’s Choice award. Previous Tropfest judges have included some of the biggest names in the international film community

In addition to the short film competition that serves as the centerpiece for the 3 day-long event, other ticketed festivities will include musical performances and a filmmaker symposium.