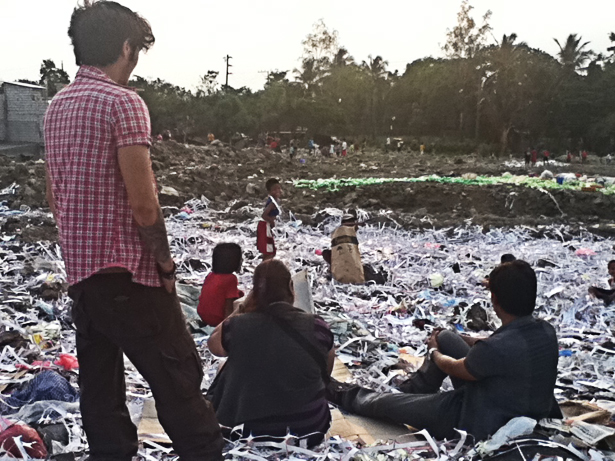 The 42nd Berlinale Forum will be showing 38 films in its main program, including 26 world premieres and 8 international premieres.

Ann-Kristin Reyels’ film Formentera follows a young couple on holiday who run into the ’68 ideals of their parents’ generation and come to realise the extent to which their own ideas about life diverge from one another. Sleepless Knights by Stefan Butzmühlen and Cristina Diz is also set in Spain, telling a story of gay love in the provinces and presenting the co-existence of different generations as an alternative to urban dislocation.

Beziehungsweisen (Negotiating Love) by Calle Overweg also explores the complicated set of compromises involved with living together on a daily basis, blending documentary means and staging techniques to observe different clients attending couples’ therapy. What Is Love by Ruth Mader tackles a similar theme, tracing the various different manifestations of love in five vignettes from the Austrian provinces.

Present-day nomads form the focus of two films in this year’s program: Habiter / Construire (Living / Building) by Clémence Ancelin, which documents a road construction project in Chad and the effect it has on the local desert population, and Hiver nomade (Winter Nomads) by Manuel von Stürler, a portrait of two shepherds in French-speaking Switzerland in the depths of winter.

The Jordanian film Al Juma Al Akheira (The Last Friday) by Yahya Alabdallah tells the story of a taxi driver in Amman who is forced to bring some level of order into his failed existence. The documentary Bagrut Lochamim (Soldier / Citizen) confronts us with the uncompromising views of young Israelis about their Arab compatriots and neighbours. Mani Haghighi’s Paziraie Sadeh (Modest Reception) is an intelligent provocation in which a rich couple distributes plastic bags full of money in the Iranian provinces – a handout aimed purely at degradation.

Rodrigo Plá’s moving Uruguayan film La demora (The Wait) tells the story of a woman driven by her desperate situation to abandon her senile father. Mariano Luque’s directorial debut Salsipuedes is a visionary look at domestic violence that serves as a calling card for the new generation of young filmmakers working in Córdoba in Northern Argentina. For its part, the documentary Escuela normal (Normal School) by Celina Murga observes a secondary school in Buenos Aires where the pupils imitate the political structures of the adult world.

American independent cinema also has a strong presence in this year’s Forum program. David Zellner’s fairytale-like Kid-Thing explores the day-to-day life and fantasies of a neglected little girl. Brian M. Cassidy and Melanie Shatzky’s Francine follows a shy woman (played by Oscar-winning actress Melissa Leo) recently released from jail and her overwhelming affinity for animals. And So Yong Kim’s For Ellen shows the final attempts made by a neglectful rock-musician (played by Paul Dano) to build a relationship with his young daughter.

Three films from Japan deal with the tsunami of 11 March 2011 and the meltdown at Fukushima nuclear power station. In No Man’s Zone (Mujin chitai), Fujiwara Toshi advances like a Tarkowskian Stalker into the contaminated zone around the nuclear reactors and evokes images of an invisible apocalypse. Iwai Shunji discusses the political, economic and social situation of a country in a state of dependence in friends after 3.11. And Funahashi Atsushi’s Nuclear Nation creates a portrait of a mayor without a town, who is desperately trying to keep together a community scattered across different emergency shelters in the Tokyo suburbs and is brought to question old certainties in the process.

For Ellen by So Yong Kim, USA – IP

Kazoku no kuni (Our Homeland) by Yang Yonghi, Japan – WP

Tepenin Ardi (Beyond the Hill) by Emin Alper, Turkey/Greece – WP

What Is Love by Ruth Mader, Austria – WP