Cuabn Animated Film Chico & Rita Gets a US Release Date 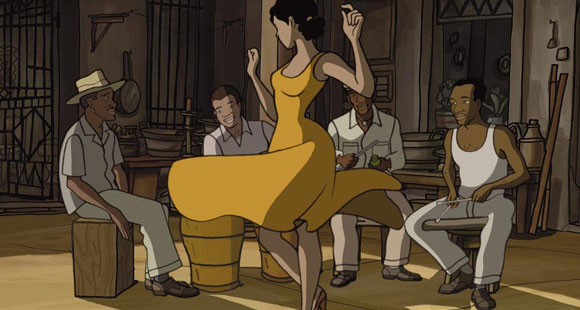 Chico & Rita, the new animated film from Oscar-winner Fernando Trueba (Belle Epoque) and internationally-renowned illustrator/designer Javier Mariscal will be finally released in the US. The film which won the Best Animated Feature at both the Goya Awards and European Film Awards, will open February 10, 2012 at the Angelika Film in New York City with hopefully more cities to follow.

In Chico & Rita, a gifted songwriter and beautiful singer chase their dreams – and each other – from Havana to New York and Las Vegas.

Chico is a young piano player with big dreams. Rita is a beautiful singer with an extraordinary voice. Music and romantic desire unite them, but their journey – in the tradition of the Latin ballad, the bolero – brings heartache and torment.

My Week with Marilyn Among 2012 American Cinema Editors Nominees