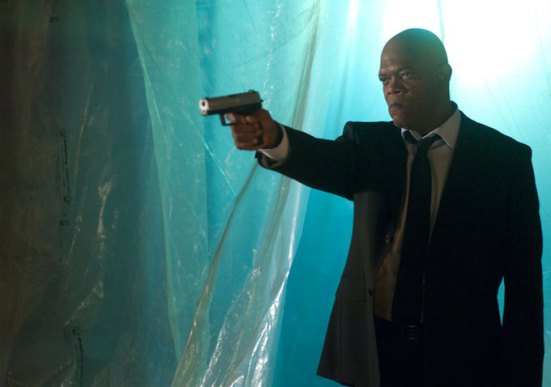 The 27th Santa Barbara International Film Festival which takes place January 26 through February 5, announced the addition of the World Premiere of THE SAMARITAN, starring Academy Award® nominated Samuel L. Jackson, to the program as a Gala Presentation. The red carpet Gala event will take place on Sunday, January 29, at 7pm at the Lobero Theatre.

Produced by Andras Hamori and directed by David Weaver from a screenplay by Weaver and Elan Mastai, The Samaritan also stars Luke Kirby (Take This Waltz), Ruth Negga (Love/Hate) and Oscar nominated Tom Wilkinson (Mission Impossible: Ghost Protocol). After twenty-five years in prison, Foley (Jackson) is finished with the grifter’s life. When he meets an elusive young woman named Iris (Negga), the possibility of a new start looks real. But his past is proving to be a stubborn companion: Ethan (Kirby), the son of his former partner, has an ingenious plan and he wants Foley in. The harder Foley tries to escape his past, the tighter he is ensnared in Ethan’s web of secrets, until it becomes all too clear to Foley that some wrongs can never be made right.