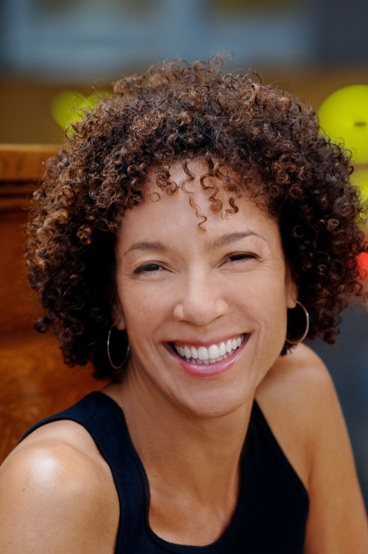 “Stephanie has served on the Film Independent Board of Directors since 2007 and been involved in many aspects of the organization. She’s chaired the Spirit Awards Nominating Committee and been a huge supporter of Project Involve, as well as our year-round educational programs,” said Co-President Sean Mc Manus. “Stephanie has a clear vision for the Festival, a stellar track record as a producer and a deep commitment to the Festival’s filmmaker-centric focus.”

“We so appreciate all that Rebecca has done to grow the Los Angeles Film Festival into what it is today, and usher it into its new, vibrant home downtown.  Rebecca’s creativity, taste, and warmth attracted top-notch filmmakers to the Festival, and she departs with a world-class curatorial team in place,” said Co-President Josh Welsh. “To have Stephanie carry on Rebecca’s great work and build upon it is a dream come true.”

“My passion for Film Independent has only grown over the years, and I couldn’t be happier to become even more involved in an organization that puts filmmakers first and supports them in specific and tangible ways,” said Stephanie. “The Los Angeles Film Festival is a unique celebration of cinema and a hub for filmmakers and film lovers, especially for those of us who live and work in the film industry. I can’t wait to dive in and develop creative ways in which we can expand the Festival and its programs.”

Stephanie Allain is a film producer and former studio executive who has been an advocate for visionary filmmakers for more than two decades.  As a Columbia Pictures executive, she was instrumental in the making of John Singleton’s Boyz n The Hood, which garnered him two Academy Award® nominations and set the bar for contemporary urban dramas. She spent a decade at the studio launching the careers of first-time filmmakers including Singleton, Robert Rodriguez and Darnell Martin.  Several of the films she supervised, including El Mariachi and I Like It Like That, garnered awards at the Cannes, Telluride and Sundance film festivals. During her tenure at Columbia Pictures, she rose through the ranks to become Senior Vice President of Production–the highest creative production position for an African-American for over a decade.

From 1996-2000, Allain served as President of Jim Henson Pictures, where she produced Muppets From Space, Elmo In Grouchland and Caroline Thompson’s Buddy. In 2000, she headed production at 3 Arts Entertainment, producing Biker Boyz and Good Boy!  In 2004, she formed her own production company, Homegrown Pictures, and produced Craig Brewer’s Hustle & Flow, which won the Audience Award at the 2005 Sundance Film Festival, an Academy Award® for Best Original Song and earned a Film Independent Spirit Award and Academy Award® Best Actor nomination for Terrence Howard.

In 2005, she produced Sanaa Hamri’s directorial debut, Something New, for Focus Features, with the film earning two nominations for the NAACP Awards.  She also produced Brewer’s Black Snake Moan, starring Samuel L. Jackson and Christina Ricci.  In 2008, Allain traveled to her native New Orleans to produce Hurricane Season, starring Forest Whitaker and Taraji P. Henson, for The Weinstein Company.  Most recently, she produced Tina Gordon Chism’s directorial debut, We The Peeples, starring Craig Robinson and Kerry Washington, which will be released by Lionsgate in 2013.

Allain is a member of the Academy of Motion Pictures Arts and Sciences and the Producers Guild of America.  She recently sat on the Board of Film Independent and currently serves on the Board of Women In Film. She has chaired the Spirit Awards Nominating Committee, juried numerous festivals and has taught at USC’s Peter Stark Program and the Entertainment Studies Division of UCLA. She lives in Los Angeles with her composer husband, Stephen Bray, and their fast emptying nest.

The Artist and A Separation Among Nominations for 84th Academy Awards