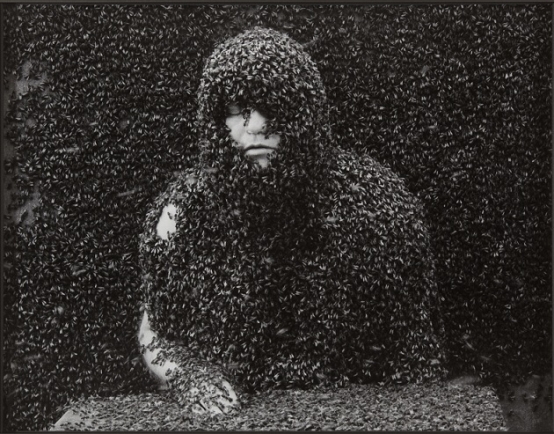 The International Film Festival Rotterdam short film nominee for the European Film Awards 2012 is IM FREIEN (IN THE OPEN) by Albert Sackl (Austria).

Tiger Awards Competition for Short Films
The eighth Tiger Awards Competition for Short Films comprises twenty-one films, ranging in length from five to fifty-six minutes. For its Jury the IFFR welcomed Rania Stephan from Lebanon who’s first feature-length documentary film THE THREE DISAPPEARANCES OF SOAD HOSNI screens in the festival; film curator and writer Andréa Picard from Canada, who worked for the Cinematheque Ontario and curated the Wavelengths section of the Toronto International Film Festival; and film critic and screenwriter Dana Linssen from The Netherlands, editor-in-chief of de Filmkrant and contributor to NRC Handelsblad. The Jury handed out the three equal Tiger Awards for Short Film (3,000 Euros) to the winning filmmakers at IFFR venue WORM on Monday evening 30 January 2012.

The three winners and the jury statements are:

GENERATOR by Makino Takashi, Japan, 2011
With its impressive soundtrack and hybrid layering, GENERATOR creates an explosive, pulsating experience of an environment on the brink of disaster.

MAKINO Takashi belongs to the new generation of Japanese experimental filmmakers. While studying at the Nippon University he made several Super-8 films. In 2001 Makino apprenticed with the Quay Brothers. He had his international breakthrough in 2007 with NO IS E. Since then, IFFR has shown several of his movies. In 2008, IFFR honored Makino with a Short Profile.

BIG IN VIETNAM by Mati Diop, France, 2012
Raw, defiant and elliptical, BIG IN VIETNAM is suffused with an unusual mood and disarming intimacy.

Mati Diop lives and works in Paris. While attending the Tokyo National Studio of Contemporary Arts and having an artist in residency of Palais de Tokyo in Paris, she directed her first four short films. In IFFR 2010, her short film ATLANTIQUES won a Tiger Award for Short Films.

SPRINGTIME by Jeroen Eisinga, Netherlands, 2012
A monumental and transfixing cinematic portrait created out of a fearless performance etched in buzzing bees and 35mm grain.

Jeroen Eisinga is a visual artist and was educated at the art academy in Arnhem, the Rijksakademie in Amsterdam and in scriptwriting at the American Film Institute Conservatory in Los Angeles. He lives and works in Rotterdam. He has made several short and experimental films. In his work, Eisinga has been inspired by artists like Bas Jan Ader and Chris Burden.

I’M LISA by Charlotte Lim Lay Kuen, Malaysia, 2010
An elegantly composed miniature revealing the mystery within the gestures of the everyday.

Charlotte LIM Lay Kuen made several TV commercials after completing her studies in broadcasting. She has assisted in direction and production for Malaysian new wave pioneers like James Lee and Ho Yuhang and directed some short films. MY DAUGHTER (2009), Lim’s feature film debut, was also screened at IFFR.

Chosen by the Jury of the Tiger Awards Competition for Short Film 2012, the International Film Festival Rotterdam short film nominee for the European Film Awards 2012 is:

IM FREIEN (IN THE OPEN) by Albert Sackl, Austria, 2011
For its rigor and its original marshaling of Modernist traditions and structural cinema.