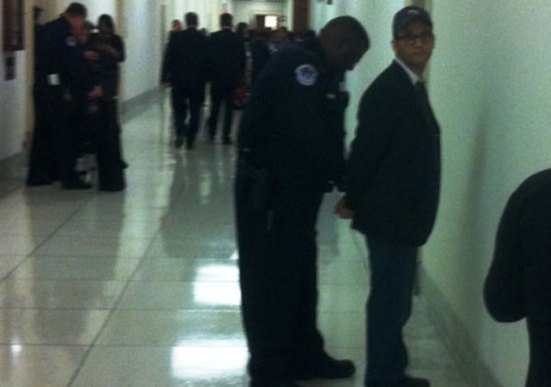 Documentary filmmaker Joshua Fox was arrested on Wednesday as he reportedly tried to film a House Science Committee hearing without proper media credentials.

According to the NY Times, Josh Fox, whose HBO documentary “Gasland” raised questions about the safety of the natural gas drilling technique known as horizontal hydraulic fracturing, or fracking, was handcuffed and charged with unlawful entry.

Mr. Fox is preparing a sequel to “Gasland  and brought a crew to film a hearing of the energy and environment subcommittee that was looking into an Environmental Protection Agency finding that fracking was probably responsible for groundwater contamination in Pavillion, Wyo.

Mr. Fox was released by the Capitol police shortly after 1 p.m. with a misdemeanor citation. A court date is set for Feb. 15.