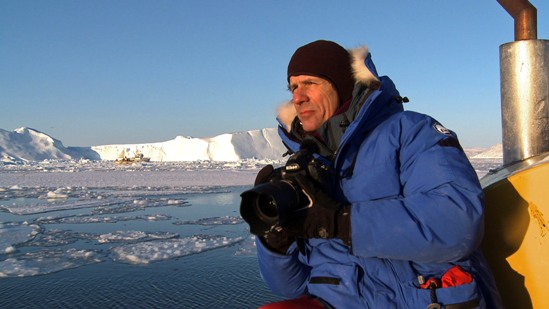 FEATURE FILM COMPETITION  The Best Feature prize was awarded to Jeff Orlowsskis CHASING ICE,  about National Geographic environmental photographer James Blalog.  Jurors Amy Shattsky and Ben Fowlie called the film, an extremely timely and important documentary about one man’s journey to demonstrate global warming in action by photographing the recession of the glaciers. Touching, terrifying and informative, we feel the highs, lows, frustrations and joys of the ultimate success of his experiment. Through a patient and thoughtful filmmaking approach, the director vividly captures the power and awe of the glaciers falling apart. As they recede into the ocean, the glaciers cry out, warning us of the peril that our planet is in.

All awarded films will re-screen the final weekend of the festival.