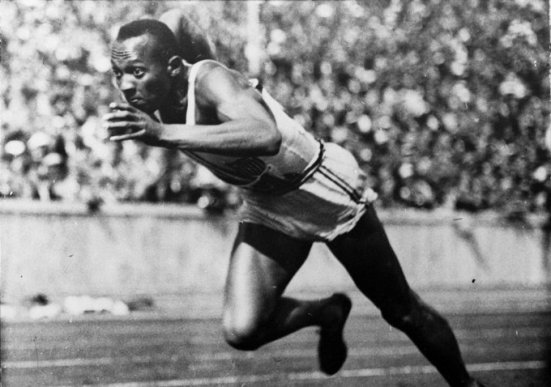 The Full Frame Documentary Film Festival announced the World Premiere of Laurens Grant’s “Jesse Owens” as its 2012 Opening Night Film on Thursday, April 12. Produced and written by 2012 Full Frame Tribute honoree Stanley Nelson, the film centers on the African American track and field star, who triumphed at the 1936 Summer Olympics in Berlin amidst the rise of Nazi propaganda.

Full Frame also announced its lineup of films around its 2012 Tribute honoring Stanley Nelson.  Four titles have been selected, including early work from his Firelight Films banner: “The Black Press: Soldiers Without Swords,” “Jonestown: The Life and Death of Peoples Temple,” “A Place of Our Own,” and “Sweet Honey in the Rock: Raise Your Voice.”

African American track and field star, Jesse Owens, triumphed at the 1936 Summer Olympics in Berlin amidst the rise of Nazi propaganda. Despite winning four gold medals, the iconic athlete found the brilliant start to his career would not be met with easy opportunity. World Premiere

The little known history of Black newspapers is highlighted in this film about the pioneering men and women who gave voice to the African American experience across the nation.

Jonestown: The Life and the Death of Peoples Temple (Director: Stanley Nelson)

Over 900 people died at the Peoples Temple Agricultural Project in Guyana, the largest mass suicide in history. The film traces the optimistic rise and devastating collapse of this utopian movement.

A Place of Our Own (Director: Stanley Nelson)

A personal meditation on the significance of Oak Bluffs, a town on Martha’s Vineyard where generations of upper-middle class black families, including Stanley Nelson’s own, have vacationed undisturbed by the tensions of racial America.

Unprecedented footage from Sweet Honey in the Rock’s 30th anniversary tour is accented with in-depth interviews exploring the influence of the African American women’s a cappella group.