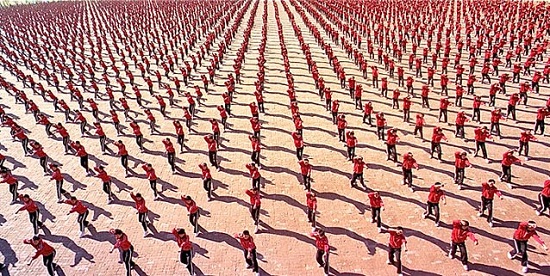 Oscilloscope Laboratories will release the documentary SAMSARA, the third feature from filmmakers Mark Magidson and Ron Fricke, which had its world premiere at the Toronto Film Festival.  The film will be released in theaters nationally this summer.

Fricke and Magidson previously collaborated on the award-winning films BARAKA and CHRONOS, which brought a new visual and magical artistry to theaters.

Filmed over a period of more than four years in twenty-five countries on five continents, SAMSARA transports us via 65mm cinematography to the varied worlds of sacred grounds, disaster zones, industrial complexes, and natural wonders.  By dispensing with dialogue and descriptive text, SAMSARA subverts the expectations of a traditional documentary and encourages new interpretations, inspired by breathtaking images and transcendent music.  Taking its name from the Sanskrit word for “the ever turning wheel of life,” SAMSARA explores the wonders of our world, from the mundane to the miraculous.  The lyrical film will push modern theater-going technology to the limit with never before seen technical feats, providing a one-of-a-kind theatrical experience through both traditional film and all-new 4K digital projection.