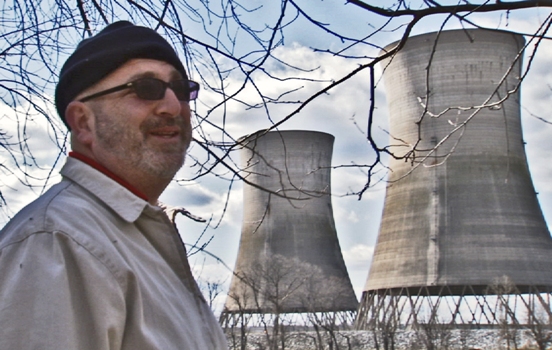 The 14th Maryland Film Festival scheduled to take place May 3-6 in downtown Baltimore, today announced its first round of 2012 titles!

All U.S.-made feature films will be presented by their filmmakers.

The first 12 announced titles are:

THE ATOMIC STATES OF AMERICA (Don Argott, Sheena M. Joyce)
The documentary team who explored museum politics in THE ART OF THE STEAL and hard-rock hard living in LAST DAYS HERE return with this shocking expose of the flawed logic and outdated infrastructure behind the U.S.’s atomic-energy program.

COME BACK, AFRICA (directed by Lionel Rogosin, presented by Milestone Films)
This 1960 feature, shot without permits in Johannesburg, illustrates the challenges and hardships of black migrant workers in the harsh days of apartheid. To be screened from a beautifully restored 35mm print.

COMPLIANCE (Craig Zobel)
Perhaps the most controversial film from Sundance 2012 lands in Baltimore. Craig Zobel’s narrative feature, inspired by true events, looks at the dark happenings that unfold after a figure of authority calls a fast-food restaurant and accuses an employee of theft.

DETROPIA (Heidi Ewing, Rachel Grady)
From the co-directors of THE BOYS OF BARAKA and JESUS CAMP comes this documentary about the people and places that populate a collapsed metropolis trying to get back up on its feet.

LOVELY MOLLY (Eduardo Sanchez)
The co-director of THE BLAIR WITCH PROJECT returns to his roots with this heady blend of horror and psychological thrills about a young woman returning to her childhood home.

SAVE THE DATE (Michael Mohan)
This warm mix of drama, comedy, and romance, co-written by acclaimed graphic-novel author Jeffrey Brown, follows a group of tangled friends and lovers in the music and arts scenes of present-day L.A. Stars include Lizzy Caplan (CLOVERFIELD), Martin Starr (FREAKS AND GEEKS), and Mark Webber.

THIS IS NOT A FILM (Mojtaba Mirtahmasb and Jafar Panahi)
From Iran comes this documentary about, and made in conjunction with, Jafar Panahi (THE CIRCLE, CRIMSON GOLD, OFFSIDE), who was placed under house arrest and banned from filmmaking in December 2010.

VITO (Jeffrey Schwarz)
The inspiring story of gay-rights activist and Celluloid Closet author Vito Russo, as told by the documentarian behind SPINE TINGLER: THE WILLIAM CASTLE STORY and the forthcoming I AM DIVINE.

WANDA (directed by Barbara Loden; presented by John Waters)
John Waters, who has presented a favorite film in each Maryland Film Festival since its launch in 1999, selects this renegade slice of ’70s filmmaking by Barbara Loden, to be screened from a beautifully restored 35mm print.