Award-winning director Adam Strange was attacked and killed yesterday by what is believed to be a great white shark while swimming at popular Muriwai Beach north of Auckland, New Zealand. Strange was 46 years old.

“All of a sudden, we saw the shark fin and next minute, boom, attack him and then blood every where on the water,” said witness Pio Mose.  “He was still alive, he put his head up, we called him to swim over [to] the rock to where we were. He raised his hand up, and then while he was rising his hand up we saw another attack pull him in the water.” 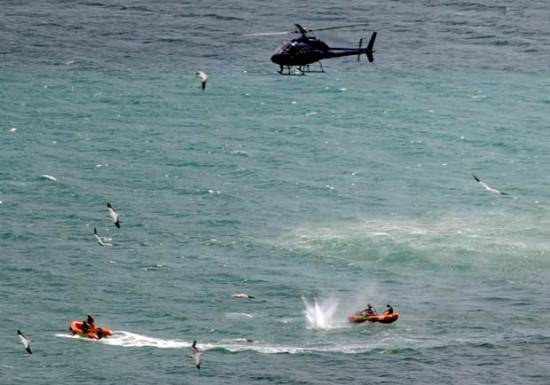 Armed police immediately responded in a helicopter and an inflatable surf lifesaving boat, firing into the ocean to drive the sharks off so lifeguards could recover his body.

The family later released a statement saying: “The family are grieving the loss of a glorious and great father, husband and friend.”

Strange won a Crystal Bear with his first short film Aphrodite’s Farm at the Berlin Film Festival in 2009.