The Best Bike Movies from Around the World at 2013 Filmed by Bike in Portland, Oregon 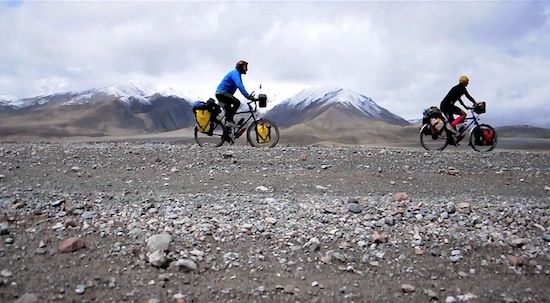 The 11th Annual Filmed by Bike is a film festival that features the best bicycle movies from around the world. The festival takes place at the Clinton Street Theater, 2516 SE Clinton Street, Portland, Oregon, on April 20-23, 2013. Love is born, victories are achieved and fantastic feats are accomplished as stories of two-wheeled adventures cycle across the silver screen in eight minutes or less.

* 40% of the submissions come form Portland, the rest come from around the world.

* The festival features an array of film genres including documentary, animation, drama and comedy.

* The festival is only shown in Portland, Oregon

* Festival attendees come from all over the region. In 2008, Amtrak reportedly sold out of space for bicycles on the Cascades line because of the number of bike-enthusiasts traveling from Seattle to Portland for the festival.

The opening day is Saturday, April 20 and features the New Belgium Street Fest in the middle of Clinton Street. The event is all ages and features a Speed Raffle presented by Sock Dreams, live entertainment, a beer garden, a video storytelling booth, a photo booth and a gigantic bike parking arena.