Youssou N’Dour: Return to Goré, The Story of Lovers Rock and Filling The Gap From African Disapora Fest to Run in Harlem Theatre April 19 – 25

Three popular titles that premiered in the African Diaspora International Film Festival will have a run at the newly opened three screen movie theatre, MIST CINEMA in Harlem. The 3 films – Youssou N’Dour: Return to Goré, The Story of Lovers Rock and Filling The Gap will screen from April 19 to April 25, 2013.

Starring Youssou N’Dour, the Senegalese singer now Minister of Culture in Senegal, Return to Gorée is a moving testimony of the power of music to create dialogue and celebrate life. In Return to Gorée, Youssou N’Dour tours the USA and Europe recruiting outstanding musicians to adapt his own song to jazz arrangements in preparation for a concert on the Gorée Island given to celebrate the creativity of Africans in the New World and the music they created against all odds, jazz.

The Story of Lovers Rock 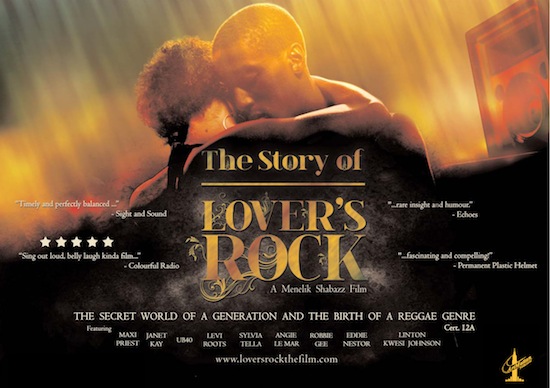 This is first and foremost a film about Black Social Dance. The US parallel would be the “slow-dance,” the “Bop,” “Sunset Bop.” Under dark blue or red lights in a crowded room young men and women came together to experience the ritual intimacy of dance, flirtation and love to the sound of romantic music.

Lovers Rock, often dubbed ‘romantic reggae’ is a uniquely black British sound that developed in the late 70s and 80s against a backdrop of riots, racial tension and sound systems. Live performance, comedy sketches, dance, interviews and archive shed light on the music and the generation that embraced it. Lovers Rock allowed young people to experience intimacy and healing through dance- known as ‘scrubbing’- at parties and clubs. This dance provided a coping mechanism for what was happening on the streets. Lovers Rock developed into a successful sound with national UK hits and was influential to British bands (Police, Culture Club, UB40) These influences underline the impact the music was making in bridging the multi-cultural gap that polarized the times. The film sheds light on a forgotten period of British music, social and political history. 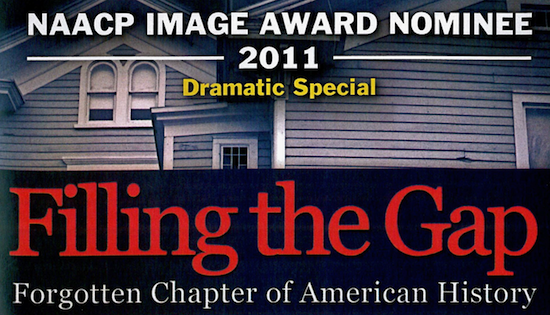 Filling The Gap highlights the contributions of African immigrants and African-Americans to U.S. History prior to the Civil War. Conceived as an effort to alter the way African-American children see themselves and their ancestors, this docu-drama highlights the inventive and inspired contributions of little-known Americans of African descent and their incredible creativity in the 1840s, the period leading to the Civil War in American history.

Listen to Director Tyrone Young explain the value of this film in his own words!

3 pm The Story of Lovers Rock