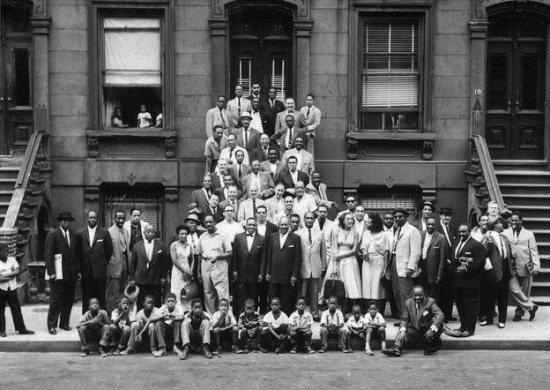 Jazz documentarian Jean Bach “A GREAT DAY IN HARLEM,” died on Monday at her home in New York City reports the New York Times. She was 94.

Although she had no experience making movies, Bach was reportedly inspired by a photograph of Count Basie, Lester Young, Gene Krupa, Dizzy Gillespie, Thelonious Monk and other jazz musicians along with neighborhood children, gathered in front of a Harlem brownstone in 1958. Esquire published the photo in 1959. Bach acquired a home movie of the shoot, and used it as the basis of the documentary “A GREAT DAY IN HARLEM,”, featuring the footage and interviews with musicians who were in the photo, clips of their performances, and narration by Quincy Jones.

Released in 1994, “A Great Day in Harlem” won the top award at the Chicago International Film Festival and was nominated for an Academy Award.