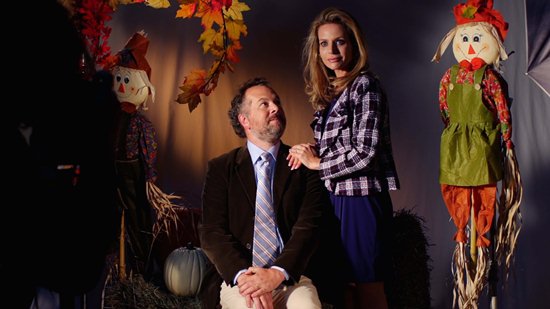 We recently caught up with the Los Angeles native O’Keefe at the Brooklyn Film Festival to find about more about his film, SOMEWHERE SLOW.

VIMOOZ: First, congratulations on SOMEWHERE SLOW being an official selection in the 2013 Brooklyn Film Festival … this is the East Coast premiere – are you ready for the NY audience?

Jeremy O’Keefe: Thank you! I have been dying to screen a film for a NYC audience for a decade.  I used to live in NYC as I was just scraping together my first film, WRESTLING, and I loved nothing more than discovering small indie movies in the Village Voice and checking them out at the Quad or Sunshine Cinemas.   Screening in Brooklyn is a major personal feat for me!

O’Keefe: We’ve been fortunate to screen in a lot of various places around the country and the audience response has been passionate.   The Brooklyn Film Festival will certainly be opening up our film to an even broader cross section of people from all walks of life, and it’s really exciting for Jessalyn and I.   I don’t anticipate that the audience response will be all that different — people who go to see movies at festivals tend to be cut from the same cloth.   Should I be scared?? 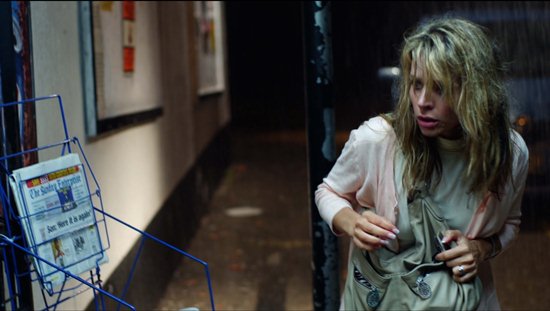 VIMOOZ: No, but New Yorkers are known to be very opinionated. Tell us about “SOMEWHERE SLOW” – the story?

O’Keefe: Plot-wise the film is about a woman (played by Jessalyn Gilsig, who produced with me) who breaks free of a boring, suffocating life and goes an adventure in New England with a teenage drifter  (played by Graham Patrick Martin of TNT’s Major Crimes).    Thematically, the movie is about taking risks and making the changes necessary to find the life you’ve been yearning to live.  It’s something I believe we can all relate to and a desire we all have at some point (or several points) in our lives.  The movie is funny and sexy, heartbreaking and provocative.

VIMOOZ: You have a very impressive cast for an independent film. How were you able to get such great talent?

O’Keefe: I, too, am impressed with who we were able to get to tell this story with us. I honestly can’t believe it.    Jessalyn reminds me that we were able to get talents like David Costabile and Robert Forster because of the script I wrote.  The film has become so much bigger than the 100 pages of paper I wrote it on  — with so many brilliant and creative actors, designers, producers and crew members all investing so much that I forget that it all began with an idea I had one day a few years ago.    I set out to tell a story that didn’t gloss over the imperfections and inconsistencies of real people.  I wanted to live in the nuance of life.  Actors are first and foremost warriors of the human experience.  I believe we were able to get the talent we did because they wanted to get down and dirty and explore some of the moments in life that are too crucial to be lost in a montage.

VIMOOZ: You also wrote the screenplay, how did you come up with the idea?

O’Keefe: Like most writers, we draw from our own experiences.  I wrote the script to explore a time in my life when I was living at the bare-minimum and floating through a kind of stasis.   I think we, as people, often look to external events to tell us whether we are meant to be happy or sad.  It’s human nature to look outside for change, but I’ve discovered that the best, sturdiest change comes when we look inside.  And that’s what I wanted to write about — a bunch of  external events taking my main character on a roller coaster that would cause her to take control of herself for the first time in her life. 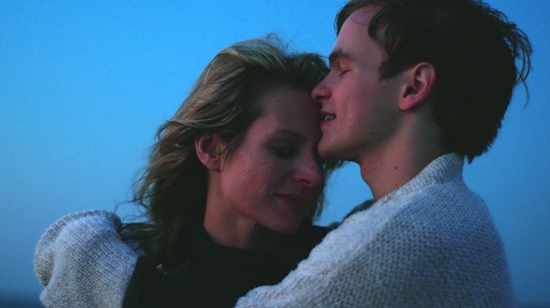 VIMOOZ: What’s up next for SOMEWHERE SLOW?

O’Keefe: Exciting things! We are playing in Brooklyn and at the Lighthouse International Film Festival in Long Beach Island, NJ this weekend, and we are signing our distribution deal so we can share everybody’s efforts with a worldwide audience.

O’Keefe: I’ve got a comedy short about hospice care called FINALE about to start festivals and am prepping two different features, a sex comedy and a 1940’s revenge thriller. I’m also shopping a pilot script based on the critically-acclaimed novel, BODY OF A GIRL, written by my sister-in-law, Leah Stewart.    I want continued success for Somewhere Slow and my other projects because it means I get to get another crew together, make a make-shift family again, and tell another story.