Director Dan Eberle Talks About His New Film, CUT TO BLACK at the Brooklyn Film Festival 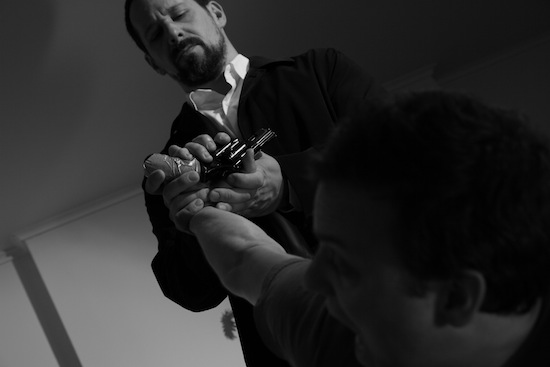 Director Dan Eberle returns to the Brooklyn Film Festival for a second time, this time around with his new film “CUT TO BLACK” in which he again plays multiple roles – actor, director, writer, and producer. Eberle, who also lives in Brooklyn, New York was featured in the 2008 festival with his film, the critically acclaimed action thriller “THE LOCAL.” In his latest film CUT TO BLACK  which is shot in lavish black and white tones, and set against stark, gritty urban modernity, Eberle, plays Bill Ivers, a disgraced ex-cop, hired by a wealthy former friend to rid his estranged daughter Jessica of a stalker. We caught up with the super talented Eberle at the Brooklyn Film Festival to talk about CUT TO BLACK. 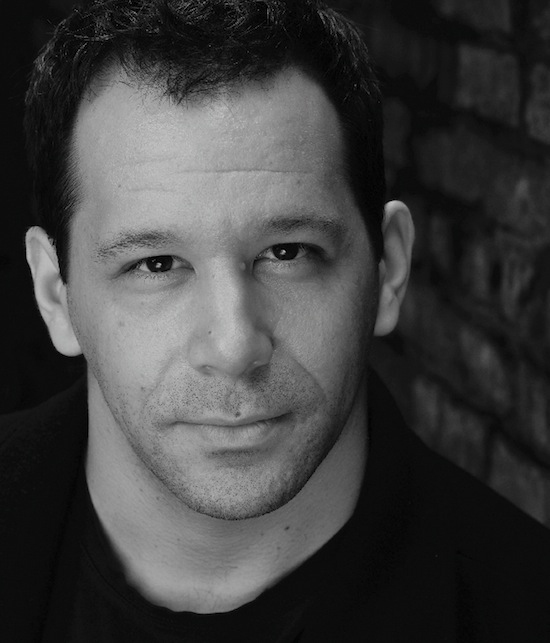 VIMOOZ: First, congratulations on CUT TO BLACK being an official selection in the 2013 Brooklyn Film Festival again … which time is better, the first or second time?

Dan Eberle: We were in the Brooklyn Film Festival in 2008 with an earlier feature called ‘The Local’. It it was a great experience for us, but it was definitely a looser, scrappier event back then. The Brooklyn Film Festival has come a long way in the intervening years. They now have their own swanky venue, indieScreen, the movie theater/lounge in Williamsburg–that alone gives the event a cool, nightclub-like experience. The theater itself is a great sounding room and excellent projection. As a filmmaker, you really couldn’t ask for a better screening venue. I’ve always liked the diversity in the film selections at the BFF. Marco and his crew are fearless in their programming! They are also among only a few established festivals that still program gritty crime films like ours–right along side introspective character pieces, documentaries, and international films. It really is about the quality of the films, and nothing else.

VIMOOZ: Tell us about CUT TO BLACK – the story?

Eberle: ‘CUT TO BLACK’ is about a depressed ex-cop named Bill, who is hired by a wealthily former friend to run off a peeping tom who is terrorizing his estranged daughter, Jessica. In the course of Bill’s investigation, he learns the stalker is the least of Jessica’s problems. As the stakes get considerably higher for everyone involved, Bill pins the sum of his life’s worth to the resolution of Jessica’s increasingly intractable situation.

VIMOOZ: Your film is stylistically different, was there a reason behind that/any influences?

Eberle: In some ways, ‘CUT TO BLACK’ is a throwback to classic film noir. We lean on some familiar character archetypes and setups, but that’s really just a point of departure. ‘CUT TO BLACK’ is deliberately mired in anachronism. Its a modern story, shot in Black and White, with high contrast lighting. There are present-day affectations like cell phones and new cars, but much of the architecture of Brooklyn is very old world. The characters listen to a mix of traditional jazz, but the score is overtly electronic. Because of these elemental contradictions, the overall experience of the film is transporting. ‘CUT TO BLACK’ becomes a world of its own. 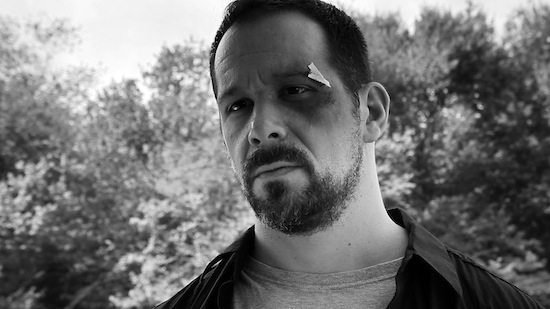 VIMOOZ: You write, produce, direct and star in all your films – what do you not do?

Eberle: I may do all those things, but I do none of them alone. Every part of the filmmaking process is a collaboration of one kind or another. Even though I didn’t have a co-writer on ‘CUT TO BLACK’, many of the clever ideas in the script came from other people, both in and out of the production. For example, another filmmaker friend of mine, Jonathan Jacobson, actually suggested the one-way mirror at the strip club where Jessica works. He came up with the ‘confessional’ idea and I ran with it. I’d go on about how that idea actually became an integral story element, but I don’t want to get into spoiler territory! My co-producer, Danielle Primiceri, designed all of Jessica’s elaborate costumes for the dance sequences and Gayle Madeira choreographed all of Jillaine’s dances. Those scenes are some of the most striking imagery in the film. Obviously no part of the film would have worked without the executional brilliance of our director of photography, James Parsons, who I’ve collaborated with going back to my first full-fledge feature ‘Jail City’. James once said that he likes working on independent films because, out of necessity, the vocational boundaries are softer. Everyone is seemingly working in every department, pitching in where help is needed, or where a creative solution is required. For this reason, working in independent film is not for everyone. I’ve learned the hard way that you just can’t be rigid. The words ‘its-not-my-job’ have no place on an indie set.

VIMOOZ: I read that you worked as a jazz musician? Do you still play jazz?

Eberle: I do, but not professionally. For now. 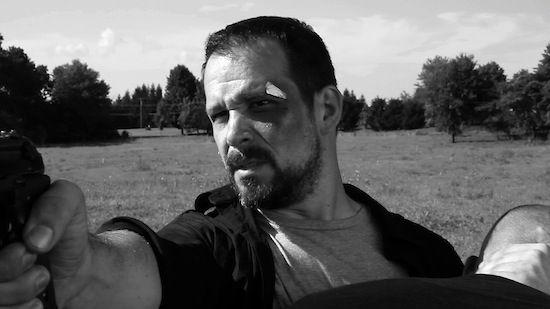 VIMOOZ: What’s up next for CUT TO BLACK?

Eberle: We’re thinking about what festivals we can do next before a theatrical run. We are planning a US release in the Fall or Winter of this year.

Eberle: I’ve got a new project called ‘The Interventionist’ that is right on the cusp of a greenlight, but we’re still ironing out some business there. It’s about an unconventional evangelical minister who performs Christian interventions. He comes to the big bad city to find a secular friend who has disappeared while working under his auspices. It’s not a comedy.