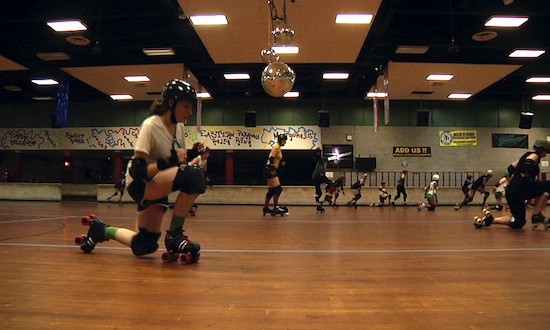 New York filmmaker Sarah Friedland took a trip across the Hudson to make a documentary about the Branch Brook Park Roller Rink, located in Newark, New Jersey, one of the few remaining urban rinks of its kind. Now, one might think how interesting can a documentary about a roller rink be, but Sarah digs way deep, and after almost five years of hard work, she emerged with “RINK” a film thats tells more than a story about a roller rink, but a space transformed and its symbolic representation to those who use it. In the documentary “RINK,” two main characters emerge: Bonesaw, a tough talking, tattooed member of the Garden State Roller Derby Team; and Graylen, a deeply spiritual, Gospel Night skater. On the surface these two characters are different, both ideologically and in their social and racial backgrounds. However, the film reveals a shared past of violence and drug abuse from which the rink provides a much needed refuge.

We caught up with director Sarah Friedland at the 2013 Brooklyn Film Festival where she is screening RINK, to learn more about the film, and find out how did a New Yorker end up making a documentary about a roller rink in Newark, New Jersey.

VIMOOZ: First, congratulations on RINK being an official selection in the 2013 Brooklyn Film Festival … this is the NY premiere – are you ready for the NY audience?

Sarah Friedland: I am extremely excited to be part of BFF.  My first feature, “Thing With No Name”, premiered at BFF in 2009 and we had  great festival experience then.  The Rink is a film about Newark but New York City is my home, so I am thrilled to show it to the NYC audience. 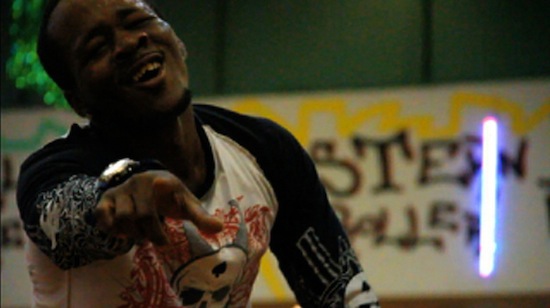 VIMOOZ: How was the World Premiere screening at the NJ International Film Festival?

Friedland: The NJIFF screening went very well.  We had a very receptive and large audience of folks from all over New Jersey.  It was great to be a part of a New Jersey festival and share the film with Newarkers and folks from the rink.

VIMOOZ: Tell us about RINK – the story?

Friedland: The film is about Branch Brook Park Roller Rink in Newark New Jersey- one of the last remaining roller rinks in the tri-state area.  We use the rink as a microcosm for the city of Newark and, in doing so, the film dips into many facets of Newark’s rich history, including: urban renewal, the rebellion of 1967, and the current gentrification of downtown Newark. We follow two main characters: Bonesaw, a tough talking, tattooed member of the Garden State Roller Derby Team; and Gralen, a deeply spiritual, Gospel Night skater.  These two folks appear very different on the outside but have a shared past of violence and drug abuse from which the rink provides a refuge.  In many ways, their stories parallel that of Newark, which is often labeled as violent and crime ridden, while all of its good parts are ignored. The film also sees the rink as an endangered space of urban recreation.  There used to be hundreds of roller rinks in the tri-state area, now there is one.  So Branch Brook is a very important place, not just for Newark, but for the entire skating community, which has recently lost many key rinks to real-estate speculation and gentrification.

VIMOOZ: Where are you from?

Friedland: I am from Hastings-on-Hudson New York, but I have lived in New York City for the last fifteen years.  When I was little growing up in Hastings, we used to skate in the basement of the high school.  It was something I looked forward to every week.  Most people seem to have some connection to skating from there childhood, even if they don’t skate anymore, and that is one of the great things about this film- we enter it from a point of nostalgia. 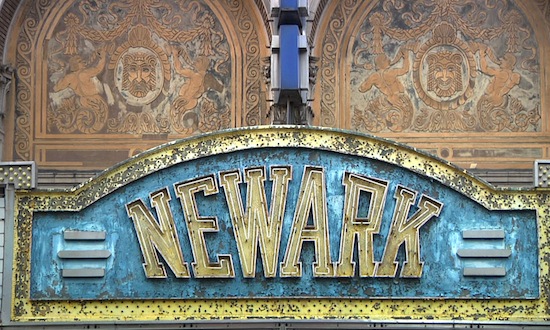 VIMOOZ: How did you find out about the rink in New jersey?

Friedland: My co-producer, Ryan Joseph, was living in Newark at the time and was the staff photographer for the Garden State Roller Derby team who practice at the rink. We originally thought that we would make a film about them, but when we spent time in the rink, it became clear that the space itself was so interesting and that the film should reflect Branch Brook as a whole.

VIMOOZ: How long did it take to shoot the documentary?

Friedland: We shot for about three and a half years and edited for a year and a half.  It took us so long because we made a big effort to get to know the people we were following and make sure everyone was comfortable before starting to shoot. It’s very important to both Ryan and I that we have a certain level of intimacy with the folks in the film before pulling out the camera.  Ryan knew Bonesaw from working with the derby girls but I met Gralen after doing a series of pre-interviews with other Gospel Night skaters.  So that was a new relationship.  He and his family were really gracious with their time and let us into their lives openly. It was also a complicated film to put together because it was ricky to weave Newark in as a character.  We started editing and then realized we needed to shoot more to flesh out a few things, so it was a back and forth. 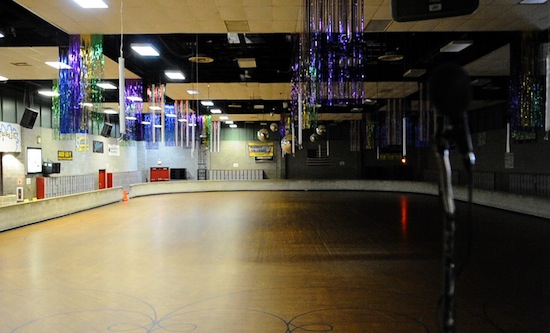 VIMOOZ: What’s up next for RINK?

Friedland: We received a small grant from my union, I am an Assistant Adjunct Professor at John Jay College, to take the film on tour to roller rinks around the country.  I am currently contacting rinks and planning where to take the film.  We will actually be showing the film inside the roller rinks to create a more visceral response between the viewer and the space. If anyone out there knows any rinks that might be interested, send them my way!

Friedland: This year I co-founded Perinspire, a production company with my long term film partner Esy Casey.  We are finishing a film called Jeepney, which she directed and I am co-producing.  The film is about the most popular form of transportation in the Philippines  beautiful, blinged out buses called Jeepneys.  These fascinating  handmade and designed vehicles have their origins in US military jeeps that were left in the Philippines after World War II.  The film speaks about Filipino history and culture through the Jeepney.  It will come out sometime this fall.  I have also been working as an editor on two feature docs: tentatively titled “Camp Kinderland” by Katie Halper, which is about a political, Jewish summer camp; and “Kate Bornstein is a Queer and Pleasant Danger” by Sam Feder, which is about the amazing gender theorist and performance artist Kate Bornsteim.  Both of those films are slated to come out this year.  After that, I will take a nap.