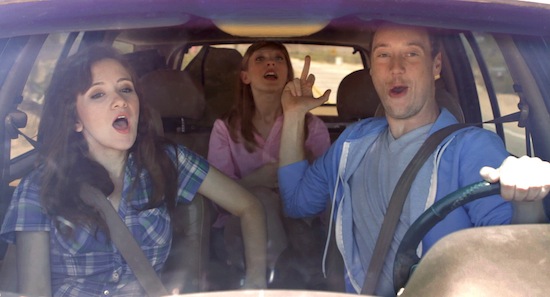 The new indie romantic comedy “FOREV” co-written and co-directed by Molly Green and James Leffler is already receiving earning critics praises after the world premiere on Saturday night at the 2013 LA Film Festival.  The film is described as a romantic comedy about impulsive marriages.  In the film, Pete and Sophie are somewhere on the edge of the desert when he works up the nerve to propose. The hitch being: Their whirlwind road trip from L.A. to Phoenix is the closest these neighbors have ever come to going on a date. Nevertheless, fueled by their respective fears of intimacy and low-grade self-loathing, they run with the idea, much to the annoyance of Pete’s sister Jess, who’s along for the latter half of the ride.

We got the opportunity to interview co-directors Molly Green and James Leffler at the LA Film Festival to find out more about their new film. 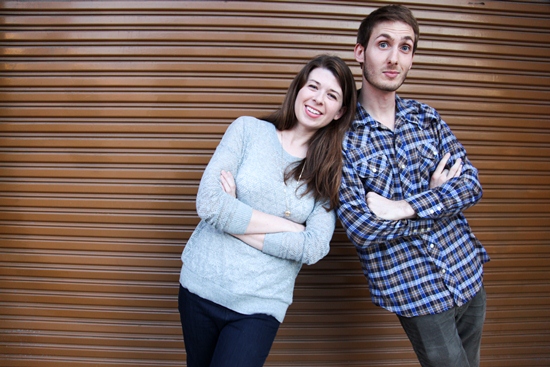 VIMOOZ: First, congratulations on FOREV being an official selection in the 2013 LA Film Festival … and the World Premiere on Saturday.
Thank you! We’re thrilled to be at LAFF, and couldn’t be happier with how the premiere went. The theater was packed with people, and then they actually laughed, which was a huge relief. Everyone at the festival has been awesome – we’re having a blast.

VIMOOZ: We read some early reviews and they are very, very good. Are you surprised?
We’re still surprised that we’re in a position to be reviewed! So far it seems like most of the things people are taking away from the movie line up with what we intended, which of course is a director’s dream. We haven’t read a really rough one yet, so we’re kind of waiting for the hammer to fall. Then we’ll just pretend we don’t read reviews.

VIMOOZ: Tell us about FOREV – the story?
FOREV is a romantic comedy about two neighbors who decide they’re going to get married, then realize they probably should’ve started dating first. And that realization becomes increasingly obvious when they get stuck in the middle of the desert. 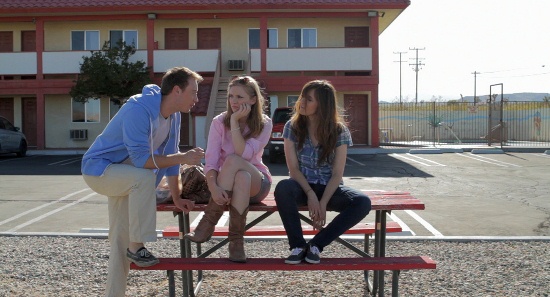 VIMOOZ: Who are the three main actors in the film?
Noël Wells and Matt Mider play the fiancés, and Amanda Bauer plays Matt’s sister. We’d worked with all of them before, and they were closely involved in the writing process too. They’ve been so integral to the project from the very beginning, and we hope that shows up onscreen.

VIMOOZ: In addition to co-directing, you also co-wrote the film, what was the inspiration?
We knew we wanted to make a movie with Matt and Noël, and landed on the engagement while thinking of situations that could work well with their dynamic. We were 25, the age when you start seeing all of those elegant wedding announcements come in from people you’ve done keg stands with in college, now in grown-up clothes posing in front of some foliage or whatever. Looking around our dumpy apartments we thought, “Wait, how is that guy suddenly an adult?” So the idea that marriage can seem like a shortcut to adulthood was our jumping-off point. Once we brought Amanda into the fold it really rounded out the character dynamic, and the story started to take shape.

VIMOOZ: Co-directing and co-writing, that could be very complicated. Was it?
Actually, not really. We worked so closely throughout writing and pre-production that by the time we got on set we were completely in sync. We’d usually have the same answers to any questions that came up, and that came from doing a ton of prep to get on the same page. We’re still working on our duets, though.

VIMOOZ: Have you worked much together before?
Totally. We’ve been directing music videos and writing together for about 5 years now. We met in college at the University of Texas, and started collaborating the first day we were both in Los Angeles. At this point we basically share a brain.

VIMOOZ: Do you get asked the question about “relationship” as in “is there or is there not“ a relationship between you two?
Man, people love to ask that question! We’re not dating (and probably wouldn’t have survived making a feature if we were), but people definitely ask that all the time. Noël and Matt get it, too, and none of us have been able to find the perfect sassy answer to that question yet. 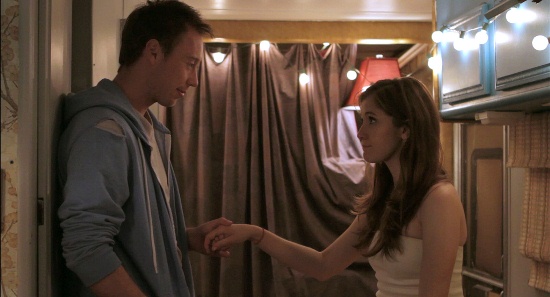 VIMOOZ: What’s up next for the film?
We’ve got two more screenings at LAFF – Wednesday, 6/19 at 9:50PM and our just-announced, just-added final showing on Friday 6/21 at 9:50PM – and they should be a lot of fun. We hope to do as long of a festival run as we can, and see what happens along the way.

VIMOOZ: What’s up next for you?
Aside from finally catching up on some sleep? We’re always writing. We have a few projects we’re excited to start focusing on, and think it could be cool to try some TV stuff too. But our eye is on the next feature, for sure.