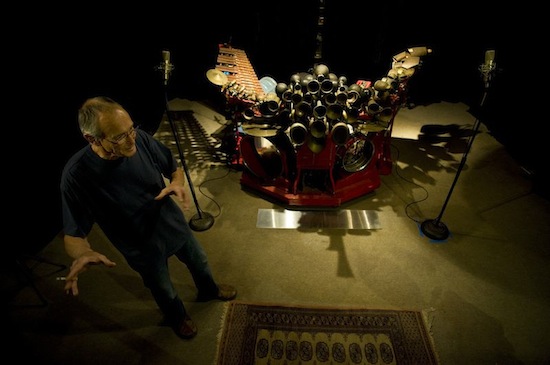 LLYN FOULKES ONE MAN BAND, a feature documentary about artist and one-man-band musician Llyn Foulkes, will have its World Premiere at the 2013 LA Film Festival on Thursday, June 20. Directed and produced by first-time documentary filmmakers, Tamar Halpern and Chris Quilty, the documentary chronicles 7 years of Llyn Foulkes’s life from ages 70 to 77. During the seven years chronicled in the film, artist and musician Llyn Foulkes creates, destroys, and recreates a pair of large-scale, three-dimensional paintings, one that costs him his marriage, while trying to keep afloat in the fickle art market.

We caught up with filmmakers, Tamar Halpern and Chris Quilty at the LA Film Festival getting ready for their big World Premiere.

VIMOOZ: First, congratulations on LLYN FOULKES ONE MAN BAND being an official selection in the 2013 LA Film Festival … Are you nervous, excited by the upcoming premiere

Tamar Halpern: We are thrilled to be included and cannot wait to share this film as we worked on it for eight years.

VIMOOZ: Tell us about the film – the story?

TH- We followed the painter and musician Llyn Foulkes from age 70, when the art world seemed to have forgotten about him, till age 77 when he was at last rediscovered. Llyn works alone – without the aid of assistants – which is incredibly rare in contemporary art, and he plays The Machine, a one man band contraption he built by hand which has the effect. His fame as an artist seemed promising in the 1960’s when he won several awards here and abroad, sold paintings to major museums and had one man shows at the top galleries and museums. What happened over the next forty years, Llyn’s work and influence was shown with less frequency as his contemporaries shot to fame. Undeterred, Llyn kept making his art even when no one was paying attention to his efforts.

Chris Quilty – This film is specifically a portrait of a fascinating and aging artist who really takes his sweet old time with his work, but there’s also a more universal story here. It’s also a film about growing old, and the great struggle for relevance in the world. It’s about obsession, perfection, and letting go. 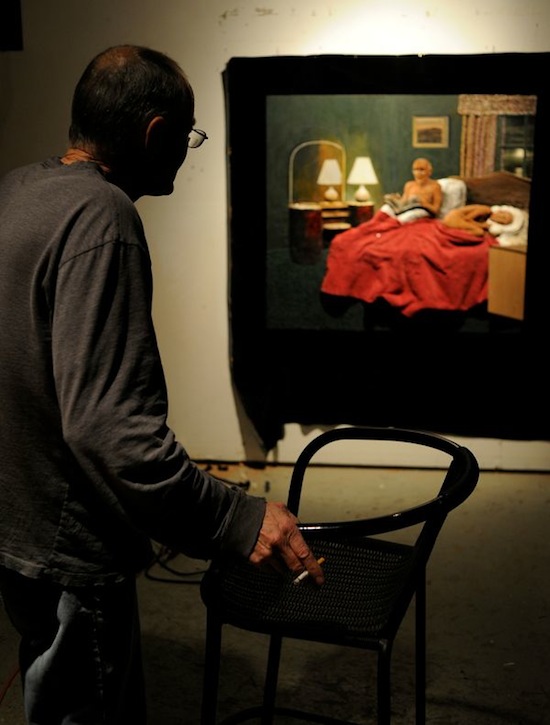 VIMOOZ: How did you first find out about Llyn Foulkes?

TH- Llyn was my neighbor in the nineties down at the Brewery, an artist complex in downtown LA which was formerly a Pabst Blue Ribbon Brewery. I cast him in my feature film “Your Name Here” as a musician who give advice to his teenage grandson about the music industry, warning him that sometimes it’s easier to be a one man band than deal with the problems that arise among band mates. Llyn drew from his personal experience of playing in rock bands in the sixties and seventies, culminating in his appearance on The Tonight Show and a record deal with A and M. Llyn walked away from it all to become a one man band. This theme of walking away when things are going well seems to relate to his art career as well, evident in the first fame he had in the sixties when he was known for his beautiful, meditative rock paintings. Major museums here and abroad bought them and Llyn was a sudden hit in the art world. Instead of continuing with the newly lauded rock paintings, Llyn said he was losing his soul and instead started painting bloody heads – a series of macabre faces gouged out and beaten.

CQ- I was doing sound for Tamar on one of her films back in 2004. Llyn had a small acting part. I was immediately charmed by his music and fascinating character, and thought to myself, “someone’s got to do a doc on this guy!”

VIMOOZ: Was it difficult convincing him to participate?

TH- Not at all. Llyn has been ready to share his fifty year perspective on the ups and downs of the art scene and when I approached him, he didn’t hesitate. He was angry at the art world but also blamed himself for his lack of success, which makes him a very sympathetic character. He is at turns hilarious, charming, angry and verbose – but always forthcoming. There was not a single performance in the film as everything he said, he said with uncensored honesty.

CQ- Llyn is one of the most open people I’ve ever met. He loves to talk, and loves it even more if a camera is rolling. So he was game from day one. That’s not to say we didn’t have some issues as the years went by. During deadline crunch times when he was so into his work, we would often have to convince him to let us shoot. Occasionally we just backed off, but mostly he relented and invited us into his world. Because we had basically no crew, just the two of us and a camera, we could work “fly on the wall” style, which Llyn appreciated very much.

VIMOOZ: How long did filming take?

TH- We filmed off and on for over seven years until the ending revealed itself to us. It was the beginning of his rediscovery, but more important than that, it was a time he openly reflected on life, aging and happiness. Since this film isn’t just about an artist and musician- it’s also about a husband, ex husband, father and human – we allowed the narrative to encompass all aspects of Llyn, as complex and entertaining as they are.

CQ- Our film took over 8 years to complete, but we could have made a different film and finished it much sooner. The “ending” kept changing, so we kept filming. Llyn says in the film about his work, “it’s never done until they take it away from me.” This could also be true for Tamar and me. We had to stop and let someone take it away from us.

VIMOOZ: How was it working with Llyn Foulkes – was it difficult? Did you ever feel like quitting at some point?

TH- There was never talk of quitting. If anything, this project fed our soul and fueled us through other jobs that were challenging. Chris worked thirteen hour days as a Hollywood sound man and Tamar wrote copy and directed commercials until she landed the feature Jeremy Fink and the Meaning of Life, a children’s film she adapted and directed. Through all of it, Tamar and Chris always had this beautiful gem of a film waiting for us and it made all the difference.

CQ-  We never felt like quitting, but we would sort of drop it for a while and let it percolate for stretches of time. In fact, the nature of this extremely long shoot was that we had the luxury to let things go for a while, and then come back and see what’s new and how our story has developed. 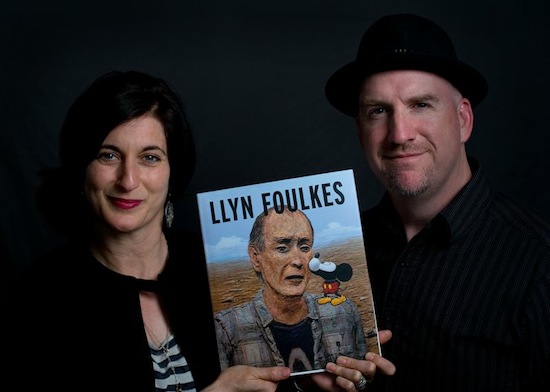 VIMOOZ: Tell us about you, what films have you done before?

TH– I’m a narrative writer and director so this is my first documentary. My film before this, Jeremy Fink and the Meaning of Life, starred Mira Sorvino, Joe Pantoliano and Michael Urie with music by Edie Brickell, and was based on a book by New York Times bestselling author Wendy Mass.

CQ- My day job is “Hollywood sound man.” I’ve been in production sound for over 16 years, with many television and film credits. Although I’ve been a shutterbug for years, I basically learned to direct and shoot and edit on this film. But I wouldn’t call myself a cameraman, director, editor or even a sound man. I prefer the term “film maker.”

VIMOOZ: Have you worked together before as co-directors? Will you work together again?

TH- This was a first for us. I’d do it again in a minute.

CQ- Tamar was actually my “boss” a few times in the past when I did sound for several of her narrative films. But this doc was the first time for us as co-directors/producers. We often have different opinions on things and different styles of working, which I believe led us to a better film. We never really talked about our work flow or individual responsibilities on this film. It would just  sort of fall into place organically. I’d be happy to work with Tamar again in any capacity.

TH- We are hoping to find our NY premiere and then an international premiere. As Llyn’s work becomes more known in France, Italy and Germany, we hope people will be excited to learn more about his odd iconoclast with volumes of talent. We’ve found that the film appeals beyond the art world because the message is universal – to keep following your passion even if no one is watching.

TH- Tamar has just adapted Wendy Mass’s first book “A Mango Shaped Space”, a coming of age story about a thirteen year old girl with synesthesia. The book has been translated into seven languages including Chinese and has the most fan base of any of Wendy’s books domestically and internationally. It turns out more people have synesthesia than previously thought and those who don’t are fascinated. The film will be live action with animated elements to illustrate how the main character “sees sound and music”.

CQ- There’s a few doc ideas we’re kicking around, but one thing’s for sure, the next one wont take us 8 years to make.