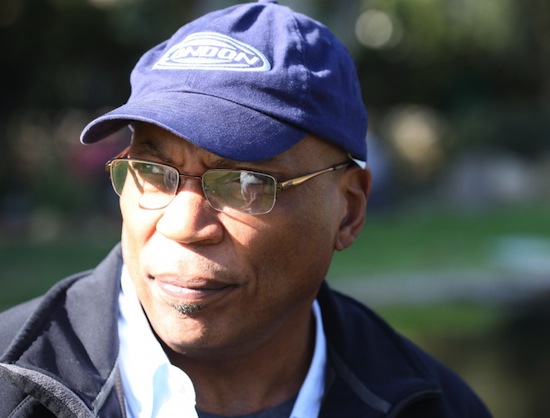 Director Paris Barclay was elected President of the Directors Guild of America by acclamation at the Guild’s National Biennial Convention held over the weekend at DGA National Headquarters in Los Angeles.

“I am profoundly honored to be elected President of the DGA,” said Barclay to the assembled delegates after the vote. “The DGA has worked for more than three-quarters of a century to advance the creative and economic rights of directors and their teams and I look forward to continuing this strong tradition of service. As the son of a glass blower and a tile maker from Chicago, I am extremely humbled to have the honor to serve in the footsteps of the legendary leaders of the DGA like Frank Capra, Robert Wise and Gil Cates.”

Barclay has a deep history of service to the Guild, having most recently served four terms on the National Board as First Vice-President, beginning in 2005 and as Third Vice-President from 1999 to 2005. Barclay joined the Guild in 1992 and began his service as a member of the African American Steering Committee in 1993. He joined the Western Directors Council in 1997 as an alternate and was elected a full Council member in 1999 and has served on the Council for 16 years. In 2007, the Guild honored Barclay with the Robert B. Aldrich Achievement Award for extraordinary service to the DGA and its membership.

Barclay has directed over 130 episodes of television during his directing career, including: Sons of Anarchy, Glee, Smash, House, Cold Case, NCIS: Los Angeles, In Treatment, The Good Wife, CSI, Lost, The Shield, The West Wing, ER and NYPD Blue. In addition to episodic directing, Barclay has been an active director-producer, currently serving in that role in Sons of Anarchy and previously for In Treatment, Cold Case, City of Angels and NYPD Blue.

Barclay has received 10 DGA Award nominations for Outstanding Direction in Comedy and Drama Television. He became the first Director in the history of the Guild to receive a comedy and a drama nomination in the same year, two years in a row (2008 In Treatment & Weeds and 2009 In Treatment & Glee). He won the 1998 DGA Dramatic Series Award for his NYPD Blue episode “Heart and Souls” featuring the death of Jimmy Smits’ character Bobby Simone. He has also won two Emmy Awards for his direction of NYPD Blue and received four additional Emmy nominations for producing and directing. Barclay has also received three NAACP Image Awards, four Peabody Awards, two Humanitas Prizes, and countless other recognitions. He also directed the HBO movie for television The Cherokee Kid and the Miramax feature Don’t Be a Menace to South Central While Drinking Your Juice in the Hood. He began his career in advertising working as a creative executive and then segued into directing commercials and music videos for artists including: Janet Jackson, Bob Dylan, and LL Cool J.

Barclay, a graduate of Harvard College, is married to his husband, Christopher Barclay, and has two sons.