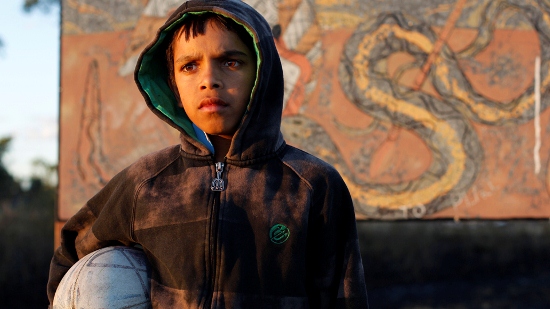 Starring Dean Daley-Jones, Daniel Conners, Michael Conners, Danieka Connors, Christopher Edwards, TOOMELAH is set in a remote Aboriginal community, 10-year-old Daniel yearns to be a “gangster” like the male role models in his life. Skipping school, getting into fights and running drugs for Linden, the main drug dealer in town, Daniel is well on his way to accomplishing his goal. When a rival drug dealer returns from prison, a violent showdown ensues. After Linden and his gang are taken off to jail, Daniel is suddenly alone and vulnerable. Can he make a choice for the better?

THE ABOMINABLE CRIME, is described as a story about a mother’s love for her child and an activist’s troubled love for his country. It also gives voice to gay Jamaicans who, in the face of endemic anti-gay violence, are forced to flee their homeland. Told first hand as they unfold, these personal accounts take the audience on an emotionally gripping journey traversing four years and five countries. Their stories expose the roots of homophobia in Jamaican society, reveal the deep psychological and social impacts of discrimination on the lives of gays and lesbians, and offer an intimate first-person perspective on the risks and challenges of seeking asylum abroad.

The Belizean film MAROONS: AFRICANS ON THE MOVE takes a look at African cultural similarities and African cultural continuity among the people known as the Maroons and the Garifuna, and others in the African Diaspora, featuring accompanying town Jamaica – home to Jamaican Maroons, established under Kudjo, and Nanny, his sister.

Most Notable Belizean Film (in the Festival)
MAROONS: Africans on the Move (Belize 2013) Dir: Michael Flores

Lineup Announced for Sundance's First Ever NEXT WEEKEND film festival